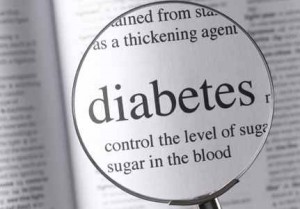 Research shows the side effects that accompany the use of Lipitor may extend much further than those listed on the warning label. And they’re more serious than many people realize. Years ago, scientists discovered a possible connection between Lipitor and diabetes, an illness for which there is no known cure. Further studies over the last 20 years have only strengthened the theory of a connection.

The manufacturer, Pfizer Inc., is now facing a growing number of Lipitor diabetes lawsuit claims. The lawsuits were filed on behalf of former users who were diagnosed with the condition after they started taking the drug. They claim Pfizer failed to disclose it on the warning label. The lack of disclosure prevented them from making informed decisions about their health care needs. It may have also endangered countless lives.

Risk of Serious Lipitor Side Effects May Be Higher For Women

Women may be more susceptible to the risk of diabetes associated with Lipitor than men. At least, that was the conclusion of researchers who authored a paper on statin use among women for the medical journal JAMA Internal Medicine in 2012.

They examined medical data for more than 160,000 women who participated in a project organized by the Women’s Health Initiative in the mid-1990s. A significant percentage were treated with drugs like Lipitor (called statins). The researchers compared the incidence of diabetes between that group and women who had not received statin therapy over a period of several years. They discovered there were 50 percent more cases of new-onset diabetes among the first group (after adjusting for differences in population sizes).

This was the first large-scale study to show that the relationship between statin use and diabetes might be more pronounced among females, particularly for those over 50 years of age. The researchers also noted a higher incidence of diabetes developing in women with a low BMI than those with a higher BMI.

Given the researchers’ findings, it is unsurprising that a majority of the claims being filed against Pfizer are being brought by women. What is startling is that many of them are healthy despite being diagnosed with diabetes.

Statin use is believed to cause a variety of minor side effects, such as gas, diarrhea, and nausea. Other suspected adverse effects are more serious, but still relatively harmless compared to more worrisome outcomes of using drugs like Lipitor. For example, some individuals experience joint pain and lightheadedness. Others experience chest pains and aching muscles.

The most serious potential consequence of using the drug is diabetes, partly because the condition is incurable and partly because it can lead to serious complications. The first symptoms of disease are increased thirst and hunger, increased urination, weight loss, and fatigue. As the illness advances, it can cause nerve damage, kidney disease, vision problems, hearing problems, and raise the risk of heart disease.

Many women who have reported developing diabetes after using Pfizer’s cholesterol drug claim they maintained a healthy diet and exercise regimen. Their BMI was well below 30, the accepted standard of obesity. In other words, their susceptibility to the illness should have been low.

There have already been thousands of lawsuits filed against Pfizer involving its cholesterol drug. Those cases are still pending against the company; none have yet been settled. But new lawsuits are being filed each week as more women diagnosed with type 2 diabetes realize the condition may have been caused by Lipitor.

Plaintiffs allege that Pfizer failed to adequately test its drug before introducing it for sale. Had it done so, it might have noticed that it raises blood sugar levels. They accuse the company of manufacturing and promoting a defective product, one that exposes the public to unreasonable danger.

Pfizer is also facing charges of negligence and fraudulent concealment. The company failed to warn consumers and physicians about the possible risk of developing diabetes. Its negligence may have needlessly put individuals’ long-term health in jeopardy. Worse, Pfizer may have intentionally hid information about the disease.

Although the litigation surrounding Lipitor and its manufacturer currently includes thousands of claims, it had the potential grow to include substantially more cases. Nearly 50 million prescriptions have been written since the drug was approved by the in 1996. There is no way to know how many women are now dealing with diabetes as a result of using Lipitor.

Consumers Kept In the Dark about Lipitor Side Effects

Pfizer has admitted no fault in failing to disclose the risk of high blood glucose levels and type 2 diabetes associated with its cholesterol medication. But a growing number of former users are now demanding that the company take responsibility for their injuries. They have filed lawsuits claiming that Pfizer’s failure to provide adequate warning about Lipitor’s serious side effects negatively affected their lives.

If you developed type 2 diabetes while using Lipitor, you may be eligible to obtain compensation for your injuries. Contact a Lipitor side effects lawyer to discuss your case. Should you choose to sue Pfizer, there are typically no legal fees unless they recover compensation for you.