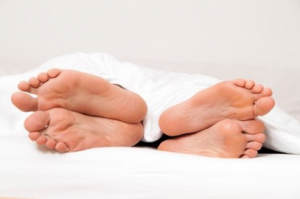 Unfortunately, statistics show that the number of divorces increases all around the world. This happens because of so many different reasons. One of the really important things when you get married is to realize why so many marriages fail. Knowing the most common reasons why a couple gets a divorce will help you make good choices in life. We talked to a reputable divorce attorney in order to learn why couples often get divorces. These are the common reasons that were mentioned.

Way too many couples simply get married too early and too fast. Getting hooked on appearance and then neglecting differences that appear normally leads to a divorce. As a simple example, people can rush into marriages without knowing much about themselves. It is possible that there will be absolutely no shared interest that would help the marriage to evolve. Expectations become way too high and division is bound to happen. Make sure that you know the other person well before you get married.

Tough moments will appear in every single marriage and in order to get over them it is really important to properly communicate with the spouse. Poor communication is one of the main reasons why divorces happen these days. As time passes it is normal for the couple to end up communicating in a completely caustic way. Whenever this happens it is really important to solve the problem. Proper communication is necessary for every single relationship, including marriage.

You surely read many stories about how couples ended up in a divorce because of infidelity. There is not much that can be said in this case. Unfaithfulness is really hard to deal with. In most situations the couples cannot get over infidelity. At the same time, once something like this happened there is a pretty good possibility that trust will be lowered in the future. According to many studies, both spouses are likely to cheat. There is no one gender that is more prone to infidelity.

The Disappearance Of Intimacy

This is another really common reason why so many marriages end up in divorce. When relationships start it is normal to be faced with an excessive sexual energy. As time passes, this tends to change. It is so common to see that intimacy disappears. Many couples end up cheating because of the disappearance of intimacy.

For instance, one of the most common reasons is to marry for money. Many couples end up being divorced in a short period of time because of the fact that they marry due to really bad reasons. A relationship has to grow and that is practically impossible when the reason behind the marriage is wrong.

On the whole, the truth is that so many marriages end up failing because of the reasons above. It is really important to establish a good relationship with the other partner. This is something that is going to help out so much more than what you may believe at the moment. Do take as much time as is needed in order to know the other person.