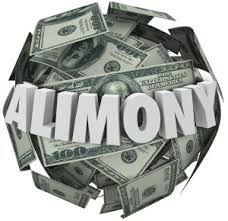 The nature of alimony is changing, and some people are wondering why it is not changing even more.

In about 40 percent of married households, wives earn more than husbands. Yet nationwide, only about 3 percent of alimony recipients are male. Family law attorneys attribute much of the discrepancy to lingering gender bias and the “just get a job” attitude of many judges and mediators. Additionally, if there is a wide income gap, wives have the financial resources to fight divorce proceedings. The recipients themselves are part of the equation as well, because alimony requests are emasculating to some men. “I’d never hit a girl and I’d never beg from a girl — and I see palimony as begging,” one former husband remarked.

The underlying attitude works both ways. Whereas some women focus on security, some men are more optimistic about their future financial prospects, and therefor may be willing to sacrifice spousal support if that move helps facilitate a healthier co-parenting relationship.

There are basically two schools of though on alimony. In some states, spousal support payments permanently equalize the standard of living between the former spouses so the divorce is not an unfair financial burden for either the husband or the wife; in other states, spousal support is a means to an end, because these payments are designed to promote economic self-sufficiency. Although the trend in most states is toward the latter, the law in California still somewhat favors the former. Family Code 4330 establishes a presumption in favor of non-permanent alimony “based on the standard of living established during the marriage.” However, at the same time, the court must admonish the obligee spouse that “he or she should make reasonable efforts to assist in providing for his or her support needs.”

The factors to determine the amount and duration of payments mirror that balancing act between providing long-term income equalization and meeting short-term economic needs.

The court may also consider income tax consequences, verified allegations of domestic abuse, and “any other factors the court determines are just and equitable.” According to Berenji & Associates – Divorce Lawyers, some reformers favor replacing the subjective analysis with an objective formula like the one used to determine child support payments, but such efforts have found almost no traction in California, as the last reform petition drive failed in 2015 after advocates failed to collect enough signatures.

To increase spousal support payments, the movant must show that the prior order did not sufficiently address the party’s economic needs, or the reasonable and necessary cost to satisfy those needs has increased. To decrease the amount or duration of payments (a “step-down modification”), the movant must establish one of the following:

Procedurally, the movant typically files a motion in the court that granted the divorce or other order which is currently in force. Increases in support payments are typically retroactive to the date of filing or the sate of changed circumstances, while decreases usually are not retroactive.

Mike Roberts is author at LeraBlog. The author's views are entirely their own and may not reflect the views and opinions of LeraBlog staff.