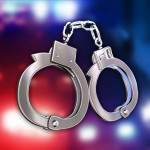 The fact that some crimes occur more frequently during certain times of the year may seem counter intuitive to some people. After all, what does the weather have to do with crime? The reality is, however, that there are crimes that are specific to the seasons. For example, thefts of recreational boats are more common in the summer and vandalism occurs frequently on Halloween. This article will discuss some crimes that frequently occur during winter.

The holiday season occurs during winter and puts enormous pressure upon parents and others to provide gifts and presents for their children and family members. Unfortunately, many people want to provide more than they can afford and seek to steal items from retail stores to give as presents. Retailers are familiar with this phenomenon and will increase their security presence during the holiday shopping season.

Driving Under the Influence

The winter season means holiday parties and that means drinking. There are many office and social parties held during this time of year and most (if not all) involve drinking. The New Year’s Eve holiday in America has devolved into a de facto drinking contest. Many people cannot resist the urge to imbibe and become intoxicated at these gatherings and attempt to drive home afterwards with predictably tragic results. Each state has its own laws setting the threshold limit for drunk driving. In most states, driving with a blood alcohol content of .08 (i.e. 0.8% alcohol content in blood) or more is considered drunk driving. This limit can be reached by the average male by consuming only two drinks in an hour.

Thefts and robberies also spike in winter as thieves target shoppers making their holiday purchases. The incidence of vehicle break-ins at large retail establishments such as shopping malls reaches its highest level during the holiday shopping season. In addition, thieves can assault shoppers who are overburdened with packages and unable to defend themselves.

The forced togetherness and unrealistic expectations of the holiday seasons can push many damaged or bad family and intimate relationships past the breaking point. The combination of alcohol use, financial and emotional stress, and preexisting relationship problems can lead to outbursts of rage and violence that results in physical or emotional abuse. The holiday season does not cause a rise in domestic violence; rather, its stresses increase the chances of its occurrence.

The overwhelming financial pressure to spend during the holiday season leads many people to commit financial crimes such as identity theft, credit card fraud and check fraud to purchase items that they could not otherwise afford. The prevalence and increasing use of online shopping presents a tempting opportunity to steal other financial information for personal use.

Winter season crimes are not related to the weather but to the holidays. The holiday season’s stress and expectations of happiness and prosperity provide many people with the temptation to engage in criminal behavior such as theft, drunk driving and fraud.