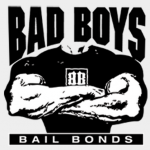 When a person is arrested and charged with a crime, a judge will set a bail amount that must be paid to free the defendant from jail until his or her scheduled court date. According to John Zavala, CEO of Around the Clock Bail Bonds, “…the eighth amendment in the constitution prohibits excessive bail, so it is rare for a judge to set an unreasonably high bail amount.” However, despite this amendment, there have been cases in which a judge sets an extremely high bail amount. In this article, we examine some of the highest bail bonds every ordered by judges in the history of the United States.

In 2010, Christopher Williams was accused of attempted second-degree murder, cajacking, and three other related felony charges. Williams had a long history of run-ins with the law, including violent crimes such as armed robbery. He was arrested by the police while attempting to rob three individuals at an apartment complex. He was in possession of a firearm during this arrest. For this incident, the judge set his bond at $35,000 - a fair amount, considering the crimes he committed. However, when Williams failed to show up at his scheduled court date, a warrant was issued for his arrest. While on the run from law enforcement, Williams carjacked a man, robbing him of $250, and then shooting him in the stomach. When Williams was finally apprehended, Judge Lee Coffee set his bond at a astonishing $100 million. Because Williams’ was now a known flight risk and because the judge had a duty to protect the community from this violent man, the bail was deemed reasonable.

Raj Rajaratnam was once consider by many to be an extremely successful hedge fund manager. However, on October 16, 2009, Rajaratnam was arrested and instead became known as one of the world’s most successful frauds. He was accused of engaging in insider trading by way of conspiring with leaders of financial organization to gain information which he would use to make trades on the stock exchange and modify hedge funds. The profit Rajaratnam made during this scheme is estimated to be over $60 million. His bail was set at $100 million based on the assessment of his net worth. He was eventually charged with 14 counts of conspiracy and securities fraud, sentenced to 11 years in prison, and fined $150 million.

Kim Freeman was accused of running two brothels, a relatively low-level crime. However, because Freeman is from Asia and has extended connections throughout the United States, she was considered a high flight risk. Because of this, the prosecution requested a high bail amount, and they received it. Freeman’s bail was set at $1 billion, an amount that more than likely violated the eighth amendment. Freeman would have been well within her rights to appeal the bond amount, but she chose instead to await her court date behind bars. Because of this, the bail set for Kim Freeman remains the highest bail ever set in the United States to date.

Around the Clock Bail Bonds has locations in Austin, Georgetown, and San Marcos, Texas. Follow them on Facebook and Google+ for more information.