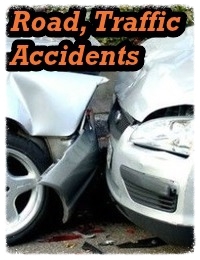 In Europe, car liability insurance is mandatory by law. In the absence of insurance, domestic and international legislation has created mechanisms to protect victims of road accidents, in all cases. Therefore, if the car is insured, the material and moral damages due to you – as a damaged third party – will be covered by the car civil liability insurer of the car driven by the guilty person.

If you have lived the experience of a car accident and suffered a bodily injury (from the lightest to the one that – due to its severity – will endanger your life) you must know that you have the right to compensation for the material and moral damage caused by the injury corporeal. The most frequent cases in this field are, unfortunately, those involving pedestrians. The amount of money that will be borne by the insurer will cover the costs for medicines and medical treatments following the injury.

At the same time, the amount determined as moral damages for bodily injury must provide the victim with adequate compensatory satisfaction to bring him back to a state of equilibrium after the suffering caused by the accident.

The medico-legal certificate issued by the institutions of forensic medicine is used to assess the seriousness of the bodily injury. It is given either upon request, within 30 days from the date of the accident, or later, through the police. Depending on the duration of medical care (the indicator is called “days of medical care”) and numerous other factors (affecting social, professional, and family life), the insurance companies that issued the insurance for the car will be obliged to pay some compensations.

The days of medical care are an indicator by which to assess the severity of the bodily injury. The duration of medical care in the sense of the legal provisions means the time interval necessary for the traumatized person to undergo real medical treatment; he is independent of the granting of medical leaves (which represents the period of temporary incapacity for work); at the same time, the duration of medical care is not always consistent with the duration of hospitalization, there is the possibility that the latter may be shorter, continuing with the treatment in the ambulatory system. More specifically, through the duration of medical care from a medico-legal point of view, it is strictly understood the interval in which the traumatized person actually followed or required medical treatment for the injury suffered and for the complications causally related to it, but it is independent of the formation of sequelae, which do not benefit from therapeutic interventions.

Thus, although they remain outside the scope of the medico-legal evaluation, the SEQUELS are significant post-traumatic consequences, with an important role in assessing the severity of the injury.

Considering that in the legislation we do not identify any criteria for quantifying (valuing) the moral damage, following the harm caused to bodily integrity and health, the task of formulating such benchmarks falls to the doctrine. Thus, the doctrine of recent years has outlined some PRINCIPLES, which the courts can take into account (with an indicative value, of course), all the more since they have representative importance for the establishment of appropriate reparative measures and – as far as possible – unity in jurisprudence.

Moral damages and material damages as a result of the death of a close person in an accident. Compensation for road accidents with death.

If the road accident will cause emotional suffering, through the loss of a loved one, you have the right to recover a series of damages from the insurer. First of all, you need to recover material damages: funeral expenses, and loss of income following the death of the maintainer. However, you are also entitled to moral damages, to alleviate your feelings of suffering caused by the road accident that caused the death of the victim.

The road accident resulting in the death of a person will be investigated by the police, opening a criminal case for “manslaughter”. Any person who can prove damage (close relatives, cohabitant, people with whom the deceased shared his life) have the right to compensation. The court will also be able to grant compensation to the ascendants, descendants, brothers, sisters, and spouses, for the pain caused by the death of the victim, as well as any other person who, in turn, they could prove the existence of such damage.

With the help of a specialized lawyer, you can capitalize on your right to compensation following a road accident, whether it’s about damage to the car, whether it’s about a bodily injury (assessed by days of medical care), or the death of a close person. Click here for details.

There is a possibility that, as a result of the road accident, your vehicle has been partially or totally destroyed. You also have the right in this case to recover the damage equivalent to the repair of the vehicle from the insurer. In order to be able to quantify the damage, it is necessary to go to a car service (of your choice), then the insurer will settle the repair or, in case of total damage, will pay the difference between the market value of the vehicle and the value of the wreckage.

The criminal case for car accidents

The road accident can be the subject of a criminal case (in which the culprit is tried for culpable bodily harm or culpable homicide). This should not scare or discourage you. Material and moral damages can be obtained on the civil side of that criminal process. The insurer participates in the process for this purpose (being a civilly responsible party) and will be obliged to pay the damages that fall to the defendant, guilty of the accident. The criminal process will be opened only in case of death or in the situation where the victim requires more than 90 days of medical care or has had any of the following consequences: an infirmity, serious and permanent aesthetic damage, abortion, or endangering the person’s life. The penalty for culpable bodily harm in the case of a road accident is imprisonment from 6 months to 3 years or a fine, and in the case of culpable homicide, we are talking about imprisonment from 2 to 7 years.

Was the guilty vehicle insured by a foreign insurance company? Traffic accident victims benefit from a compensation system agreed through international conventions (Green Card) and European Directives, as appropriate. If any of the negative consequences of road accidents occur while you are in the territory of another member state of the European Union, you should know that in this case you are also protected by insurance. According to Directive 2009/103/CE , holders of compulsory car insurance policies from all EU countries benefit from coverage when driving a vehicle throughout the EU territory. Also outside the EU, insurance companies issue documents of the “Green Card” type, having the same object.

Are you at fault for a road accident?

This insurance protection is also valid if you are to blame for the accident, except for the damage caused to the vehicle you were driving and the material and moral damages generated by your injury. These latter categories of damages can also be compensated by the insurer, to the extent that you have previously taken out optional insurance for vehicle damage (CASCO type) and/or optional insurance for personal accidents. In these cases, the compensation has an indemnity character and is due to you based on the insurance contract that you have concluded it with your insurer