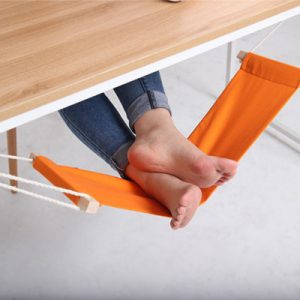 It’s a common scenario that someone will suffer an injury but they won’t claim compensation because they don’t realise that they can. No matter how you got the injury, it’s always worth consulting a solicitor about it, as so long as there was negligence on the part of someone else, you can make a claim. To illustrate that point here are nine of the most bizarre personal injury claims. Interestingly all of the cases on this list were not just claimed – they were successful too!

It’s interesting that the first ever negligence case in British law is also one of the most bizarre. The famous case of Donoghue v Stevenson took place in 1932 after Mrs Donoghue had drunk a bottle of ginger beer in a café in Paisley, Scotland. It turned out that there was a dead snail in the bottle which caused Mrs Donoghue to fall ill. During the case, Mrs Donoghue was able to claim against Mr Stevenson, the manufacturer of the ginger beer, for failing to ensure that the drink was safe to be consumed.

You might think that a hot tub is one of the most relaxing places that you can possibly be. Unfortunately, that wasn’t the case for one woman. After a session in a gym she had chosen to use the hot tub to rest her muscles. But while she was floating in the tub, the skin of her back was sucked in by the filter – she suffered serious injuries to her lower back. The gym was shown to have been negligent and having endangered the welfare of guests. The victim was able to claim against the business for placing customers in danger due to faulty machinery.

Who knew that you could make a personal injury claim based on gravy? A woman about to dine in a restaurant was walking to her table when she slipped in some gravy that had been spilled on the floor. As a result of the fall she injured her back. She was able to successfully make a claim against the restaurant after arguing that it had failed to protect her and other diners from the risk. It was ruled that the restaurant had been negligent because it had not cleaned up the spill or provided any warning about the danger to customers.

A Bone to Pick

She wasn’t the only customer who left a restaurant with something other than a full stomach. A shipbuilder in Great Yarmouth managed to successfully make a claim against a restaurant after eating a fish supper. While enjoying his dinner he choked on a bone. The victim claimed that the restaurant had been negligent as they had failed to make sure that the dinner did not contain any bones. He was awarded the equivalent of £57,000. That will buy a lot of fish suppers.

There’s nothing better on a summer’s day than driving your convertible car with the roof down. Unfortunately, one man didn’t enjoy his time on the road. Waiting in a queue of traffic, the victim in his convertible allowed a cement wagon to pull out from a building site. Unfortunately, something went wrong with the wagon and it began spilling cement into the convertible and all over the victim. Aside from being a rather sticky situation, the car also had to be completely written off. The victim managed to claim £4,000 in compensation.

Many people really don’t like the idea of visiting the dentist, but one claimant has a real reason to hate the thought of going back. A boy was called in to his local surgery for an appointment and had four teeth taken out. Unfortunately, the dentist had made a rather worrying error. The boy’s name was the same as another client of the dental surgery, and their records were mixed up by mistake. The four teeth that were taken out were actually completely healthy, and it was the other patient who needed to have their teeth removed. The victim was able to claim £8,000 in compensation – let’s hope that put a smile on his face.

Rice to See You

The wedding day is the happiest in the life of many couples. But at one wedding, a guest didn’t have quite such an amazing time. Across the 20th century in has been commonplace to thrown confetti at a wedding – however, some couples prefer to use rice on their special day. On this occasion rice was used and a grain was thrown into the eye of one of the guests. He was awarded the equivalent to £3,000 due to the injury that the rice caused to his eye.

When competing in an assault course Mr Robert Wilson, a 49-year-old scout leader, slid down a 10 foot fireman’s pole as one of the challenges. In doing so he slipped and landed hard, fracturing vertebrae in his back. He managed to make a claim against the organiser for negligence. The injuries that he suffered meant that Wilson was unable to continue his role as a scout leader. Due to this he was awarded £170,000 in compensation to cover his loss of earnings.

Ever had to sit through health and safety training? One employee failed to provide health and safety training and was found negligent as a result. This happened because an employee was badly injured after a colleague placed a pair of scissors on their chair. As a result, the employee suffered a punctured buttock. They were able to claim £2,200 in compensation for the employer’s negligence.