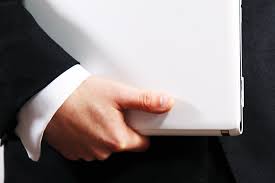 It would be fair to say that we’ve seen some weird and wonderful degrees over the years. Some seem to border upon the ridiculous and only remain available for one year, while others drift in and out of popularity in correlation with the jobs market.

In the midst of all of this is law. Over the decades, if not longer, this is one topic that has always remained popular. The good universities, like JD Dukes, are always bursting at the seams with applicants for this topic and in truth, it never looks likely to change.

Some question all of the above; potentially asking why an industry as challenging and reasonably small in relation to the number of applicants, always soars in popularity. It’s for this reason that we’ve put together this page, as we take a look at some of the big reasons why the popularity of a law education only seems to be going one way.

This is probably the biggest point we’re going to make and it actually covers a few areas.

For anyone who hasn’t taken particular interest in the industry, it might come as a surprise to hear that a reasonably high proportion of graduates don’t end up working directly as a lawyer or anything related to law.

Instead, the nature of the degree opens up a whole host of opportunities. Studying law encompasses everything from research, to critical analysis to presentation. All three of these attributes are absolutely key in the working world and to throw some titles into the picture, each one of them can open up opportunities in careers ranging from computer programming to sales.

A 2008 Hofstra Law School alum, Jennifer Poole, found great success following law school in legal marketing. She has been the director of marketing for a large California Personal Injury Law Firm, since 2009. Ms. Poole notes that “Being able to get my foot in the door, due to my law degree, opened up a world of opportunity for me. I would have never thought that I would be working in legal marketing right out of law school. I have truly found my passion and would have never had this opportunity without my J.D.”

Additionally, the law-tag has something of an elite status. While we’re certainly not going to put down any other degrees, many believe that law graduates are subjected to a lot more reading just because of the sheer number of cases that have to be understood.

The end result is that employers will tend to look favorably on a law graduate, whilst also taking into account all of the other skills they have picked up during their studies. Generally, it will highlight that they have the ability to pick up new skills quickly, and this can be invaluable.

The financial rewards can be immense

Little needs to be said on this next point; we all know the score. Ignoring the previous section, anyone who does decide to advance into the law industry can prepare themselves for bumper pay packets. There is no point putting hard and fast figures on this; the sky is the limit. If you find yourself as a partner of a company, six figures is pretty much guaranteed.

The future tends to look a lot brighter for law graduates

Following the first section of this article, it probably won’t come as a surprise to read this next point. As well as employers looking favorably on law graduates, there are plenty of statistics to back this up. Some studies have shown that almost all graduates can find employment when their law degree ends – and the same certainly can’t be said about other forms of education in the current climate.