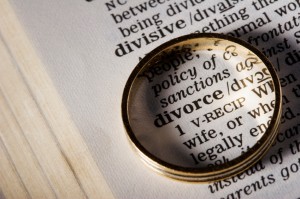 Studies have shown that couples are more likely to file for a divorce in the month of January. The number of actual divorces jumps by about 10 percent compared to other months, while attorneys consultations jump about 25 percent in January. Family law firm, The Stout Law Firm, P.L.L.C., has already begun to notice the trend in 2014. So the questions is — why are we seeing such an increase in divorce rates in January as opposed to other months?

Top Reasons to Seek a Divorce in January:

For many, each new year is representative of a fresh start. For couples with a rocky relationship or those who are already considering divorce, there seems to be no better time to get a fresh start than at the beginning of a new year. In certain cases, getting away from a spouse and starting anew is a sort of resolution for the divorcee to better their own life.

Not Wanting to Spoil the Holiday Season

During the holidays, there is pressure to have a happy time with your friends and family. Splitting up with a spouse and spending the holiday season alone is not ideal for many couples considering divorce. This is even more true if the couple has kids. Many parents choose instead to continue the marriage throughout the month of December for the sake of the kids. This leaves January as the first chance that couple have to end their relationship without feeling as though they spoiled the holiday season with their breakup.

Couples Spending More Time Together During the Holiday Season

Traditionally, couples spend more time together during the holidays than any other time of the year. The month of December is a time when many take time off from work, visit family, or take vacations with their significant others. Because of this, couples generally do not spend more than a few hours apart from each other at any given time. The extra time spent together can become too much to handle, causing small problems to bubble to the surface. This is especially true if extended family is also visiting. The stress that many experience during the holiday season can be enough to cause even happy couples to become frustrated with each other.

Married couples have access to tax breaks that may become void if the couple divorces before the end of the tax year. Although it may not be an ideal situation, some couples will hold off on their divorce until the end of the year for monetary savings. It is not easy to admit that your relationship has failed. However, if the relationship becomes toxic, it is best to get out as soon as you need to. As studies have shown, many couples believe the best time to remove themselves from a bad relationship is during the month of January. The stress and pressure of the holiday season, combined with the appeal of a fresh start in the new year are all major reasons why people tend to get divorced in the beginning of the year.