What do you think would be the impact on an employee if a false statement has been issued to a third party by someone at their workplace? While it could be very annoying, it is a common scenario in America, where a co-worker or supervisor might intentionally spread false information about an employee, jeopardizing their reputation and good standing in the workplace or the community. Defamation is a false and unprivileged publication that has a natural tendency to injure the plaintiff or cause the plaintiff special damage. 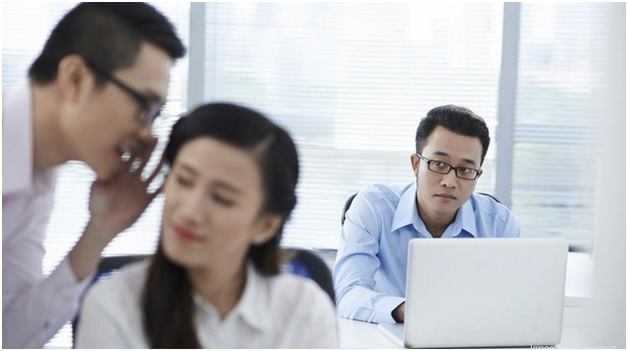 Many employers use these false accusations to wrongfully terminate the employee too. However, labor lawyers from The Law Offices Texas Discrimination Attorney, a leading law firm from Austin, stated that: Employees should hire an employment law attorney to deal with wrongful termination and defamation. This action becomes especially important when such false information could make it highly difficult for the employee to find another job.

Rumours are Common in the Workplace but not Healthy

Gossip is common around the workplace. And while it is hard to avoid, it can be minimized according to personal preferences. While some types of gossip can be harmless, others can become a cause for concern when it isolates the individual who is being talked about or prevents effective communication about important workplace issues, says an article published at Chron. But when gossip is based on false information, they become rumours. Although rumours and defamation are not synonymous, they are capable of creating an unhealthy work environment for all employees, since they foster distrust and non-productivity, due to wasted hours. One of the most difficult aspects is determining whether workplace conduct harmful to an employee’s character is considered defamation. Examples of behavior that can be confused with workplace defamation include name-calling, trivial “water cooler” rumors, joking around, and sincere personal perspectives.

Although the spread of rumours is also common in workplaces, they can seriously damage an employee’s reputation. Since the employee will spend most of their time thinking about the rumour and its cause, while making every possible effort to prove it wrong, the rumour will potentially affect productivity. A lawsuit intends to compensate the subject of the defamation for real harm done to their career or reputation, as well as any harm that resulted from a changed relationship with third parties due to the defamatory information.

Gossip or rumours can become even more troubling when they include the publication of a false statement to a third party. This can become grounds for a lawsuit, especially if it also includes the wrongful termination of an employee due to such false facts.

At times, not only the employer but also supervisors defame employees by discussing what the employee did wrong. However, supervisors will not be held guilty if they have told the HR manager about something wrongful done by the employee, based on real facts, since such discussions fall under the scope of both of their job responsibilities.

But, supervisors are definitely the culprit of defamation when they talk about an employee’s deeds with other co-workers, who are considered third party in this scenario, and have nothing to do with the employee and so the discussion doesn’t fall under their job responsibilities. Such discussion encourages bad word to mouth and unhealthy gossip, which can have damaging effects on the employee’s career.

An employee is eligible to file a defamation suit in case the statements made about them are not true, say employment law attorneys in Austin. However, the employee will have to present evidence proving that the employer and co-worker made the statements and how the comments have negatively impacted their life or career. Although workers’ compensation usually bars employees from suing employers, workplace defamation of character is considered a “proprietary” interest and thus is able to be brought in a suit by an employee because it is not a personal injury claim. Therefore, lawsuits for employment defamation may entitle the subject of the defamatory information to compensation for any harm done to career, reputation, emotional trauma, and other damages.