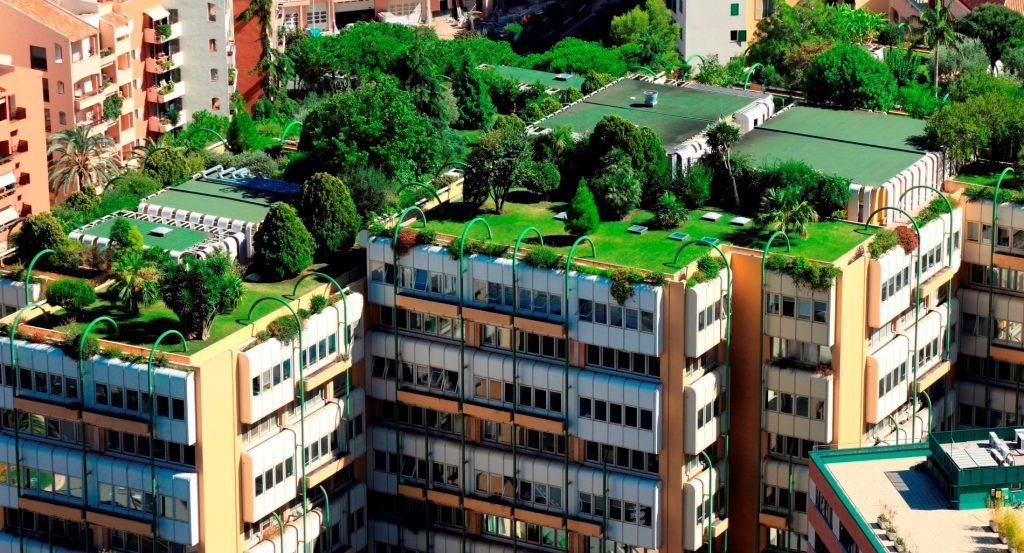 Green building has become a staple of modern property development, but what does it have to offer commercial property developers? East Midlands-based law firm Smith Partnership takes a closer look at the development of green infrastructure within the UK property industry.

Green infrastructure has long been a key driver in bringing together our natural and urban environments, offering significant benefits to both the environment and the economy. As a result, the process of green building – the term used to describe the development of resource-efficient and environmentally-friendly structures – is now being increasingly adopted by commercial property developers.

In this article, we’ll be taking a look at the relationship between green infrastructure and commercial property, as well as discussing the legal framework faced by green builders in the UK today. Let’s get started.

What Is Green Infrastructure?

The definition of green infrastructure can be interpreted relatively broadly. Having said that, one of its central characteristics is its use of nature for the purposes of overcoming urban and environmental challenges.

When applied to the built environment, common examples include green roofs, living walls and solar building design – many of which are now an increasingly visible component of the urban landscape.

How Can It Benefit Commercial Property Developers?

There are many reasons why commercial property developers are increasingly opting to incorporate elements of green infrastructure into their developments. Common motivations include:

Risk assessment is a crucial component of any commercial property development. Assessing and managing risk prior, during and after a project’s development can go a long way in minimising the financial burden associated with unforeseen circumstances and events.

Green infrastructure has a role to play in assessing and minimising these risks. Today, elements of green building are already being used to manage potential risks to local communities. This is especially the case with regards to flood management, which the European Environment Agency (EEA) describes as a cost-effective way of reducing flood risk.

Much like the rest of the built environment, commercial properties may themselves be exposed to the risk of floods and other natural disasters. Given the financial investment associated with commercial property developments, it’s easy to see why more and more developers are looking to green infrastructure in the hope of minimising risk where possible.

The rapid development of green building has seen the emergence of numerous certifications recognising the sustainability of built assets, common examples of which include the Building Research Establishment Environmental Assessment Method (BREEAM), LEED and ENERGY STAR.

Some studies suggest that properties certified as green may command a significant premium as far as pricing is concerned, largely as a result of occupier benefits, lower holding costs and reduced risk. This may at least partly explain the growing presence of certified properties in the commercial property sector. In 2017, 38% of commercial office spaces had already been ENERGY STAR or LEED-certified in the United States alone – a major increase from 2005’s figure of 5%.

As such, the prospect of achieving a green premium may also be a contributor in driving further investment in green commercial property.

Reduced energy usage is one of the most common benefits of green property, and commercial developments are no exception to the rule. Green technologies used as part of many sustainable properties can help to deliver increased energy efficiency, offering potential advantages with regards to cost-effectiveness.

Green innovations can also help to reduce utility costs in other areas. From water recycling to sustainable insulation and everything in between, there’s a wealth of opportunity to minimise wastage and reduce overhead – an attractive prospect for commercial property investors.

The UK’s legal framework regarding green infrastructure is made up of a range of regulatory mechanisms, guidelines and targets, the latter of which has not always been fully implemented in practice. Previously, the UK government had set the target of making all new residential properties carbon emission-free from 2016 onwards – a proposal that was famously scrapped in 2015.

Having said that, a variety of policies dealing with green construction have nonetheless come into force, almost all of which are relevant to both residential and commercial property developers. Examples of this include UK building regulations relating to insulation as well as various other aspects of sustainable building.

Regulations regarding green infrastructure aren’t just limited to the national level, however. At present, the UK is also subject to green building policies set out by the European Union (EU), examples of which include the Energy Performance Certificate and the Building Energy Rating (BER) system.

Amid growing uncertainty as to the outcome of Brexit, it will be interesting to see how UK regulations on green construction will take shape outside of the European Union.

The Future of UK Green Building

Green infrastructure continues to expand its reach across the globe, and its influence within the UK property sector is likely to reflect that trend. This presents opportunities and challenges for developers and regulators alike, illustrating both their roles in shaping the future of UK green building.