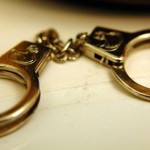 Facing criminal charges is always a frightening process, especially if you've been cited for the first time. The most important fact to keep in mind as you prepare for trial is that charges are accusations, they do not necessarily have to lead to convictions. A criminal charge is inclusive of any formal accusation being held against in a court of law. Knowing your rights as a citizen is the first step you can make toward putting your past mistake behind you, be it a traffic violation, a bar fight, even attempted murder. Obtaining proper legal counsel upon receipt of your citation is advisable for anyone who must attend a trial.

If you have incurred a criminal charge in Broward County, Florida, choosing a knowledgeable attorney should be your next course of action, even if you reside in a different area or a different state altogether. Broward County abides by certain legal statutes that may differ from laws in other jurisdictions, making local representation ideal in the situation.

Once you have obtained proper legal counsel, be certain to thoroughly review the charges you have incurred. Try to recall as many details as you can from the event in question. For example, if you are fighting a traffic citation, be certain you remember what street you were on, how fast you were driving, and whether or not you were wearing your seatbelt. Prepping your lawyer with as much information as possible pertaining to the event will help your lawyer to decide upon your plea.

In some cases, pleading guilty to a criminal charge can lead to more lenient sentencing, especially if you are able to plead guilty to a lesser charge than the charge you were originally cited with. Federal law requires that the defendant must personally be addressed in court and informed of the charges against them before their plea can be accepted. A plea of no contest acts as the equivalent to a guilty plea in legal proceedings. In cases involving murder and other violent offenses, a lawyer might advise the defendant to plead guilty to a lesser charge, such as manslaughter or aggravated assault.

Your defense will be determined based on the facts you have provided, the facts officials have provided, and any evidence that could be used against you. There might also be evidence that works in your favor, such as eyewitness testimonials and alibis. State sensitive defenses could play a major part in your trial as well. For Floridians, certain self defense laws could work in the defendant's favor. An example of this is if the "Stand Your Ground" defense was used in an instance where a violent act could be viewed as self defense.

Some common criminal defenses include legitimate purpose, entrapment, automatism, duress and necessity. In situations of extreme stress, many otherwise criminal acts have been pardoned. The defense of necessity alludes to situations where a defendant committed a crime in order to avoid a greater evil, therefore taking a course of action they perceived as wrong but unavoidable.

When determining your defense, bear in mind that judges and jurors are people too and that no human being is flawless. For this reason, mistake is also a criminal defense that is often used in court rooms, particularly in situations where the accused was completely unaware of the fact that they were breaking the law in the first place.

Appointing a skilled local attorney to your case will almost always guarantee more leniencies in sentencing. Regardless to the nature of your citation, even petty traffic offenders could face time in prison under certain circumstances. Understanding the laws that work in your favor is a full time job that requires a great deal of sensitivity and expertise. Criminal charges should not have to ruin your life, and with the proper criminal defense attorney beside you in a courtroom, leaving the past behind you is altogether possible.