Usually, a consequence of the conviction for driving a vehicle under the influence of alcohol is the revocation of the driving license but this measure can be avoided.

We find such a favorable solution in a recent case in which Mass Tsang DUI lawyers obtained the postponement of the application of the punishment for driving a vehicle with an alcohol level of more than 0.80 g/l pure alcohol in the blood. Under these conditions, the driving license is not canceled and the driver does not appear with a criminal record.

In order for the interested persons to understand what these legal provisions entail, we will make a brief analysis, according to the Criminal Code. 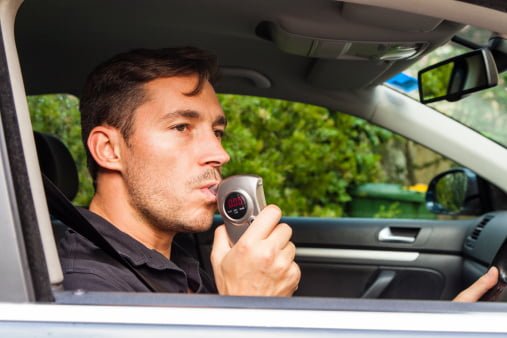 DUI and the Criminal Code

If at the time of stopping in traffic and testing with the breathalyzer a concentration exceeding 0.4 mg/l pure alcohol is found in exhaled air, the driver is obliged to submit to the collection of biological samples, in this case blood samples. If they refuse to do it, the driver will commit an offense. Usually, two blood samples will be collected at one-hour intervals.

How is the blood alcohol level calculated?

The blood-alcohol level differs from one person to another depending on metabolism, physical constitution, or age. At the same time, the amount and type of alcohol consumed are relevant. According to the Widmark curve, there is a phase of absorption and elimination of alcohol from the blood, each type of alcohol having a distinct evolution on this curve.

For example, the consumption of a spirit drink may indicate, for a certain period of time, a lower blood alcohol level when tested with a breathalyzer than a beer or a glass of wine.

These aspects are important for conducting a forensic examination on the retroactive calculation of blood alcohol; the conclusions of the examination may reveal that at the time of driving the person in question had a blood alcohol level below 0.80 g/l pure alcohol in exhaled air.

What penalties can be imposed on a person who has driven a vehicle under the influence of alcohol?

During the criminal investigation carried out by the police, the person accused of committing this crime does not have the right to drive vehicles, this right is suspended. Thus, it is important that the administration of the criminal investigation file be carried out in the shortest possible time, as there are procedural levers to speed up the settlement of the case.

At the end of the criminal investigation, if the prosecution is ordered, the minimum penalties are: for a first offense, a fine of $1,000, for a second offense, imprisonment for a term of 30 days, and for each subsequent offense, imprisonment for a term of 120 days. As we pointed out at the beginning of the article, there is a possibility that the application of the sentence may be postponed or suspended under supervision or the execution of the sentence of deprivation of liberty may be ordered. Depending on the type of punishment and the manner of execution, the driving license may be revoked and the defendant may be subject to certain obligations such as unpaid community service.

How is the punishment established?

The type and amount of the sentence differ depending on the evidence administered during the criminal investigation, the circumstances in which the deed was committed, and the type of defendant.

Therefore, in a situation where a person is investigated for DUI driving, the efficient administration of the criminal investigation file can lead to a favorable solution for them.

This article does not constitute legal advice and does not give rise to liability on the part of the author.