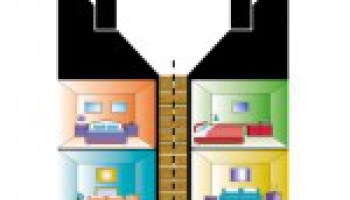 As an Adjoining Owner how should you react upon receiving a Party Wall Notice? While it is natural to be concerned about the proposed building works you probably don’t want your neighbour to incur additional expense unless it is absolutely necessary. After all, you have to continue living next door to them once the works are complete.

Upon receiving a notice an Adjoining Owner has 2 choices:

Although not explicitly stated in the Act, the Building Owner will be responsible for the reasonable fees of the surveyor(s).

Before deciding, you should consider the nature of the works and the actual risk of damage occurring to your property. If the work includes, for example, the excavation of a basement extension and underpinning a party wall then the risk of damage is considerable and it would be essential that the works are closely controlled, whereas the excavation of a 1 metre deep foundation 2.5 metres away from your property carries minimal risk.

Other factors to consider when deciding whether or not to consent might include:

What often happens is that an Adjoining Owner dissents and appoints a surveyor, not because they are particularly concerned about the works, but because they want to be prepared for the worst case scenario. Until fairly recently it was thought that an Adjoining Owner who consented to the original notice lost their right to appoint a surveyor to deal with any issues that might subsequently arise. That misconception was dealt with in the case of Onigbanjo v Pearson [2008]. The judge in that case made it clear that consent to the works in a notice is no bar to the subsequent appointment of a surveyor.

This means that should a dispute arise later in the process, for instance in relation to the cause or cosy of making good damage to the Adjoining Owner’s property, that cannot be resolved between the Owners, surveyors can be appointed and their Award will carry the same weight as if they had been appointed from the outset. In theory, this should make the decision to consent easier for an Adjoining Owner.

Unfortunately, there is considerable confusion over the jurisdiction of Party Wall Surveyors. Adjoining Owners that have received a notice will often mistakenly believe that if they appoint a surveyor he or she will argue against a planning application or an injury to their light on their behalf but neither are covered by the Act.

Finally, if you are an Adjoining Owner and you do choose to consent to your neighbour’s works it is recommended that a record of the condition of your property is taken, ideally by a Chartered Surveyor, before any work starts. You might want to make this a condition of consenting. Such a record could be invaluable further down the line if problems do arise.