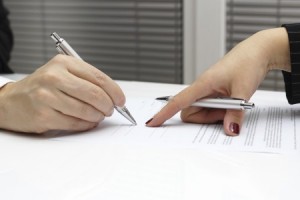 Fifty years ago, many couples in the United States obtained “Irish divorces,” because although divorce was legal, it was hard to obtain and socially unacceptable, at least to many people. So, couples remained legally married while living separate lives and maybe even living in separate households.

Today, divorce is definitely out of the shadows. All states have no-fault divorce laws and a record 72 percent of people believe that divorce is morally acceptable, a number that is second only to birth control’s moral acceptability (89 percent).

When addressing cost and other issues, the standard line is that “every case is different” and therefore it is nearly impossible to predict what will happen. However, that rule is only partially true.

According to Steven Fernandez, a divorce attorney at Fernandez & Karney, all divorce actions must meet certain qualifications, and most of them are found around Family Code 2330. At least one party must have been a resident of California for at least the last 180 consecutive days, and a resident of the same county for at least 90 days. Furthermore, before the judge grants the divorce, the case must be on file for at least six months.

Some states still permit evidence-based based divorces, so petitioners can allege that their spouses were unfaithful, abandoned the family, treated family members cruelly, or committed other marital fault. But California only recognizes no-fault divorces based on “irreconcilable differences,” which is one party’s testimony that the marriage has broken down due to a combination of factors. The only exception to the no-fault rule is legal and incurable insanity that was diagnosed before the marriage.

To bypass some of these requirements — most notably the waiting period — some spouses pursue legal separation. This action mimics a divorce in every way, except that it does not legally dissolve the marriage. Sometimes, legal separation lays the foundation for a future divorce action and the situation is only temporary; however, legal separation can also be permanent, if one spouse has moral objections to divorce (and more than one in four Californians have such objections) or if a petitioner needs to stay enrolled in a spouse’s group health insurance plan.

After petitioners file divorce actions, they must serve them on the respondents, and the method of service largely dictates the future course of the legal proceedings:

Petitioners can also agree to the terms of the divorce and waive service of citation, and in these cases, the divorce can be finalized after the waiting period expires.

After service is perfected, the judge normally holds a temporary hearing to enter interim orders. In many cases, the final orders mimic the temporary orders, especially in terms of child custody. That’s because family law judges like to see as much stability as possible, so they usually want to maintain the status quo unless there is considerable evidence that it is not working and is not in the children’s best interests.

After the temporary hearings, many judges ask social workers to investigate the cases and make recommendations about visitation, custody, any abuse allegations, and other similar matters. Once the reports are finished and all other discovery is complete, the cases can be concluded.

California is a joint custody state that equally divides physical custody, as long as such arrangements are in the children’s best interests. Similarly, the court looks at both parties’ income to determine the child support obligation, as well as other factors, such as the number of children, the time-sharing arrangement, and any child-related expenses, like private school tuition. California is also a community property state, so marital property is nearly always equally divided between the divorcing spouses. Each spouse keeps sole title to separate property, and the spouse challenging the community property presumption has the burden of proof to show that the bank account, land, or any other property item was acquired before the marriage or by gift.