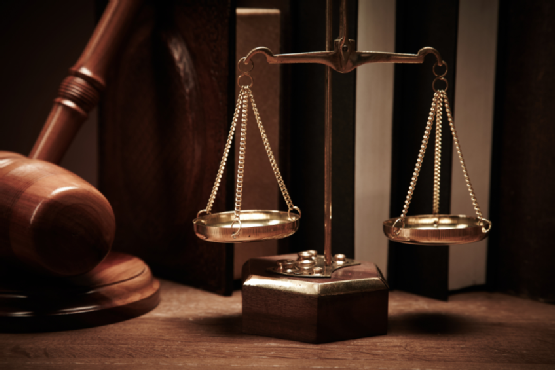 The Federal Trade Commission recently filed a lawsuit against Burgerim: a burger company. The lawsuit alleges that the company and its owner, Oren Loni, deceived more than 1,000 customers into buying franchises by making false promises and failing to provide information required by the Franchise Rule.

“Businesses and their owners are under a legal obligation to provide accurate information to potential investors, as this information will help them make an informed decision. Failure to do some can attract a lawsuit,” said Attorney Jason Power of Franchise.Law. Burgerim and its head, Loni, created a false business opportunity they termed “business in a box,” requiring aspiring franchisees to have little or no business experience.

By giving out the impression that franchisees can run a profitable franchise business with no experience at all, Burgerim downplays the complexity of owning and operating a restaurant and using it to recruit potential franchisees. The complaint against Burgerim, filed by the Department of Justice on behalf of the Federal Trade Commission, said that lots of interested persons paid Burgerim between $50,000 and $70,000 in franchise fees.

According to the lawsuit, the company allegedly targets veterans with discount promotions to entice them into the business. Burgerim reportedly earned tens of millions of dollars in such payments through this scheme. However, according to the complaint, a considerable number of the people who paid them were never able to open restaurants.

Burgerim allegedly made guarantees to consumers that if a franchisee could not open a restaurant, the firm would refund the franchise fee. However, the Federal Trade Commission reports that the company never fulfilled its promise to the franchisees.

According to the complaint, some franchisees were unable to obtain reimbursements from Burgerim despite requesting them for months, leaving them with losses or debts totaling tens of thousands of dollars. The Federal Trade Commission’s Bureau of Consumer Protection director said that Burgerim promised consumers, especially veterans, mouth-watering deals only to leave them trapped in a nightmare of debt and deception.

He further mentioned that there are plans in place to make it easy for other franchisees who have been victimized by unscrupulous activities of business owners to make a report. However, to help the bureau fish out dishonest dealings and other criminal conduct in the franchise market, victims are asked to visit the fraud website to make their reports.ccording to the complaint, Burgerim not only made misleading refund guarantees, but also failed to disclose legally required disclosures to prospective buyers as mandated by the Federal Trade Commission’s Franchise Rule.

Burgerim’s spin with the authorities is not the first time for this company. The state of California compelled the business to pay approximately $4 million in fines for breaking state and federal franchising laws—along with millions in franchise fees owing to its operators—in February of 2021. The franchise is a California-based company that began selling burgers in its restaurants across the West Coast in the late 2010s.

Between 2016 and 2019, the company grew to 200 locations and 1,200 franchisees, making it the fastest-growing emerging food chain in the United States in 2018. Burgerim seemed to be doing well until Oren Loni, the company’s current founder, defected to Israel in 2019, and the company informed its franchisees that it was approaching bankruptcy. Other restaurant businesses compared the early existence of Burgerim to a pyramid scheme rather than a legitimate fast and easy food chain.

Following his departure to Israel, Burgerim has accused its founder of stealing the $57 million in refunds owed to its franchisees. The federal government’s involvement in the reimbursement may be of limited use. The chain has revealed to its franchisees that it lacks the financial resources to reimburse the costs entirely.

Burgerim and Loni are accused of failing to give truthful information about the refundability of franchise fees. According to the complaint, Burgerim also withheld required details on existing and past franchisees.

The complaint requests the court to order Burgerim and Loni to cease violating the law and grant financial and other relief and impose civil fines on the defendants. Each infringement of the Franchise Rule might result in a civil penalty of up to $46,000.

A Ray of Hope For Defrauded Franchisees

The Federal Trade Commission received help in its investigation from the California Department of Financial Protection and Innovation and the Maryland Attorney General’s Office. The Federal Trade Commission has successfully launched a new franchise-specific reporting option where customers can report franchisors’ illegal practices. Franchisees who have been defrauded in the past can seek justice by reporting on the website.

The new development also offers a variety of assurances to individuals wanting to go into franchising. Consumers can report cases of franchise fraud to the Federal Trade Commission by going to the agency’s website and following the directions. The Commission voted 4-0 to refer the civil penalty case to the Department of Justice for filing. The Commission’s complaint was filed in the United States District Court for the Central District of California by the Department of Justice.

In a situation where the Federal Trade Commission has reason to suspect that the specified defendants are not acting within the law and that a proceeding is in the public interest, it submits a civil penalty complaint to the Department of Justice for filing. The courts will then be the one to decide on the case.