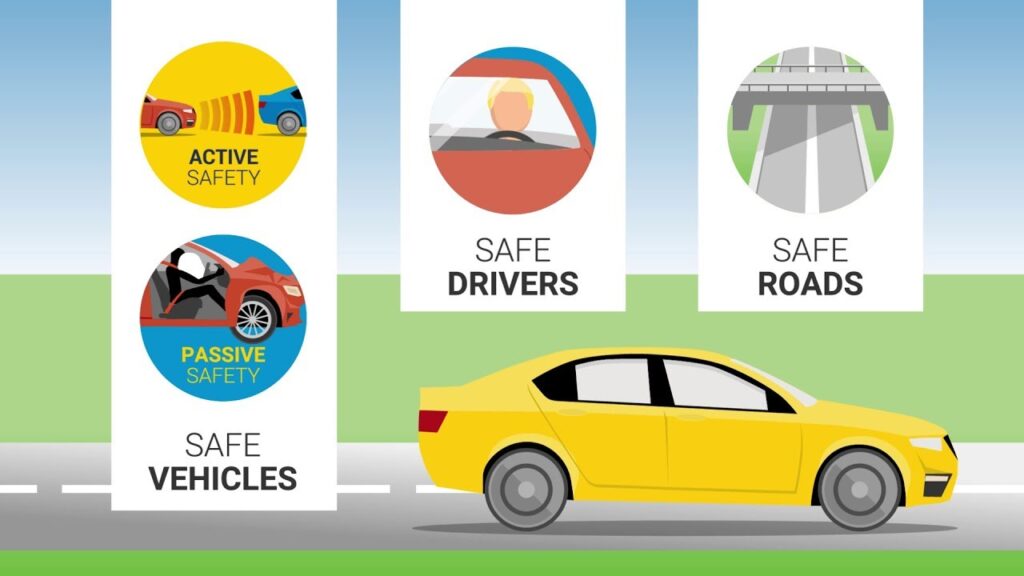 In 1899, Henry Hale Bliss made history by being the first American to be killed in an automotive accident, when he was run down by a taxi while getting off a New York City streetcar. A hundred and twenty-one years later, hundreds of thousands of lives have been lost in car accidents, including 36,560 in 2018 alone.

A growing number of laws in every U.S. state has sought to cut down on death and severe injury from cars, but these laws have to adapt to the rapidly changing landscape of American driving. According to a new report from Advocates for Highway and Auto Safety (Advocates), states are not adapting fast enough.

Strong traffic laws influence not just how safe it is to drive on the highway, but who can be held accountable when things go wrong. Personal injury attorneys tend to keep a close watch on traffic safety legislation.

“Those of us who represent personal injury clients always prefer to see tighter laws on the books,” states Attorney Jim Hurley of Cooper Hurley Injury Lawyers. “They make a far more solid case that our clients should get the compensation they deserve. Without traffic laws, we have to rely on less tangible arguments that won’t hold as much weight with a judge.”

Advocates is a watchdog group that lobbies legislatures to pass a set of 16 road safety laws they deem critical to prevent highway deaths. They separate the laws into five categories.

Occupant protection laws include allowing police to pull drivers over if any occupant of the car is not wearing a seat belt, and requiring motorcycle helmets at all times.

Child passenger safety laws include requiring infants up to age two to sit in a rear-facing restraint system, and requiring booster seats for children under eight years old and 57 inches tall.

Teen driving laws comprise the most extensive set. Advocates support mandating 16 as the minimum age for receiving a learner’s permit, requiring teens to be supervised by an adult for at least six months, 50 hours of supervised training, and preventing teens from driving at night or with more than one passenger until they turn 18.

Distracted driving laws include prohibiting all drivers to text for any reason, and preventing drivers under 18 from using any cell phone except in emergencies.

The Advocates report acknowledges that these 16 laws are not the only practical road safety policies. They chose their “lifesaving laws” based on statistics, such as research suggesting that states without universal helmet laws see nine times as many motorcycle fatalities as states with such requirements.

Given that they are backed by hard numbers, many of these laws might seem like common sense.  However,  in jurisdictions all across the United States, they have not been implemented. For example: not only do only 20 states legally require motorcyclists to wear a helmet, but 10 of those states saw attempts to repeal existing helmet laws.

What is standing in the way of state legislatures? According to some experts, it is because seemingly common-sense solutions often hide obstacles on both the enactment and enforcement ends.

Road safety laws are not exciting, and constituents might see them as limiting their freedoms. That makes it hard to find a lawmaker willing to put in the hard work of ushering them to the governor’s desk.

Laws on the books are not always put into statewide practice. Police officers might not be able to get clear sightlines on whether every passenger in a vehicle is wearing a seatbelt. Additionally, most cops do not enjoy pulling people over. It is time-consuming, puts them in danger from oncoming traffic, and can even cause some drivers to become violent.

Resistance to road safety laws usually takes the form of passive inertia. Right now, revolutions in vehicle technology are compounding that danger. Both voters and lawmakers tend to look at advances like blind spot detection, automatic emergency braking, and self-driving cars, and assume science will remove the danger associated with driving.

The Advocates report warns against taking this attitude, arguing that too many lives will be lost while people wait for the new technology to develop. When lives are at stake, no solution should be left off the table, but it remains to be seen which solutions will take precedence in the end.