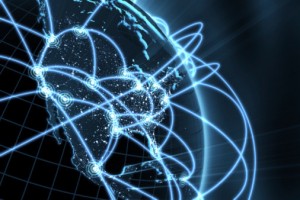 What would you do if a mission critical application’s performance regularly screeched to a halt one or twice a week, or even one or twice a quarter? Disruptions across the WAN could severely impact operations, productivity, customer retention, and ultimately your bottom line. If your applications regularly underperform, you’d likely want answers from the application’s developer or even start shopping around for a new solution. But what if the application’s failure is due to your own WAN?

According to a recent survey of over 200 IT professionals, 14 percent of respondents blamed their WANs on mission-critical application performance issues that occur at least one or twice each week and 30 percent said the same occurs at least once or twice per quarter.

An underperforming WAN is likely to get attention with users being among those who immediately suffer its effects. As performance slows, productivity slows, revenue eventually shrinks, and customers go elsewhere. The respondents, however, revealed their concerns about poor app performance:

While no one wants to feel pressured from above or have their department’s reputation dinged, everyone should be concerned about the WAN’s potential impact of revenue and customer retention.

If your applications regularly underperform, you need answers. Like many organizations, app performance issues may originate with the WAN. WAN acceleration is the answer. With an optimized WAN, applications can be accelerated across all enterprise locations including branch offices, data centers, virtualized desktops, and mobile devices. End result: improved performance and reliability which translate into operational efficiency, improved productivity, improved customer retention, and higher revenues.