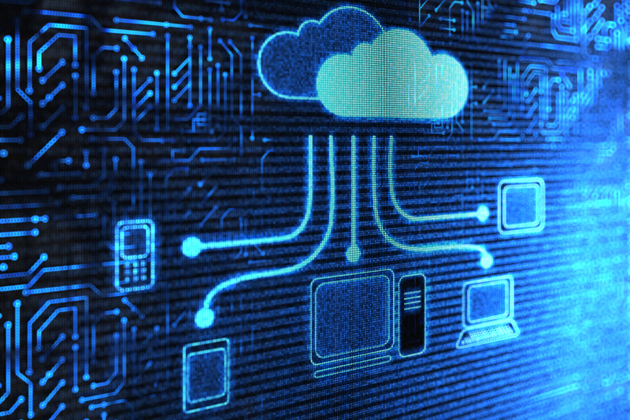 The start of 2015 left IT world wondering about which direction to take for industry success. Experts predicted big changes expected from big data with strong emphasis towards security improvement, platform services and many other insights.

Till now, most of these predictions hold true especially when it comes down to money in comparison to services offered. The ever growing need to accommodate big data sparked developers and IT companies as they find new ways to meet exceeding clients and customers demands.

Each year, cloud networking leaps forward with new grounds to compete and pioneering objectives to achieve. Let us have a look at latest cloud trends that are likely to dominate throughout 2015 and even beyond that.

1. Inclination towards vertical apps is most common in 2015. More and more companies have and aim to move their daily operations over cloud platform. The only way to achieve this change rests heavily on company's decision, nature of work and whether they've financial resources to afford such technology. Platform as a Service (PaaS) grew till now however finding experienced and savvy cloud application developers remains a hassle.

2. Disaster recovery is another platform that witnessed a tremendous shift and of particular interest. In the past, these systems have been a problem but cloud tech managed to resolve various issues. Testing DR systems, identifying potential disasters, installing backup and leveraging high cost for the entire process.

3. Use of containers for cost effectiveness, application distribution and portability is one of the most significant reforms in cloud. Focus is more on automation tools dealing with containers including those that cater to automated apps based on defined criterion. These containers minimises the complication of working over these platforms.

4. Business metrics drive most developments taking place in 2015. Many organisations have yet to adopt cloud platform for its applications and business growth. Microsoft, Amazon, HP, Oracle and IBM are a few major players of cloud world providing excellent services to business firms and individuals as per requisites.

5. Incorporation of large and powerful virtual machines further paved way towards improved cloud services. Data centres house dozens of servers with each having capability to manage some hundreds to thousands of users at a time.

General statistics as per survey

1. More than 82 percent enterprises this year prefer hybrid cloud strategy as compared to 74 percent in 2014.

3. Around 68 percent business firms operate less than a fifth of app portfolios in the cloud. Although, some 55 percent enterprises cited their application portfolios aren't cloud based however layout is cloud-friendly.

4. More or less 62 percent business enterprises claimed a major proportion of their spending revolves around cloud with IT playing a crucial role. IT teams for around 43 percent offers self-service portal for cloud accessibility with 41 percent more planning to develop a likely portal.

The very term "hybrid computing" refers to combination and coordination of external cloud networking services with internal infrastructure. In time, this would lead towards a more unified model where a single cloud would comprise of multiple platforms used for versatile businesses of the modern era.

In early days, cloud market was largely driven by smaller tech-oriented companies and nascent business units working for larger enterprises. However today, business firms irrespective of their operations are more comfortable with cloud computing where central IT teams play a more significant role in making decisions based on this technology. More or less 62 percent respondents voted for cloud based decisions by IT teams.

Cloud continues delivering a vast range of benefits from capital-intensive to operational-cost models with greater agility, lower overall costs and reduced intricacy. Using the tech, shifting or adding value to IT resources that eventually powers up business and strides towards innovation. However, these services must be mapped against challenges including lack of transparency and security challenges, licensing and integration requisites.

All of it leads to tighter integration, testing and deployment of cloud-based apps to quickly reinstate business needs as they evolve. The approach would further fuel industry competition with ever increasing demands. All we can do is wait and see where this tech revolution would take cloud and its future prospective!