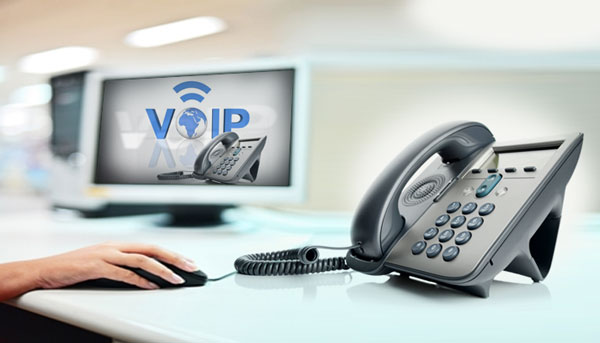 PBX is one of the most widespread technologies in the business empires. It maintains an internal connection for employees or departments of the organization using the telephone lines. Not only it helps the employees to connect smoothly, but it also allows the external callers (customers) to reach the required extensions easily.

Almost a decade back, the traditional telephony was replaced by VoIP or internet based phones. It improved the connectivity standard and induced more features and control over the PBX. Most of the businesses have now adopted this technology and the local infrastructure resides comfortably to serve this technology. Now, the technology is witnessing another change in trend - called Cloud Computing.

Cloud Computing began to take care for almost every aspect of the business and PBX can be counted among those aspects. This hosted PBX offers greater flexibility, scalability, mobility, and security to the VoIP networks. All this attracts the businesses to adopt Hosted PBX, yet some businesses show reluctance with the hosting solution for business calling needs.

1. Businesses Are Not Ready to Ditch Existing PBX Hardware

On the crust there are a couple of major reasons that make businesses reluctant with hardware ditching for PBX. They are:

a) Accustomed to Existing Hardware Use

The hardware, which usually includes server, routers, IP phones, etc., has been serving the business since years. It implies that most of their staff members are now accustomed with them. Businesses expect the new system of communication to cause some major disturbances with user-end operations and maintenance. They believe, the new system will further require some staff training and other software facelifts.

b) Making Most of Already Spent

PBX hardware infrastructure costs a plenty. A company that has already spent a hefty amount on the hardware will not find it easy to ditch something precious so easily. Business guidelines state that they must emphasize on making most of every resource and giving up on hardware when it is still useable does not give them a smart feel.

2. Businesses Do Not Trust That Talking on Cloud is Safe

Security with the cloud has always been a concern for the businesses. Even though, it has seen a remarkable improvement since its advent, some businesses are still not comfortable in letting a third-party to control the communications. VoIP (Voice over Internet Protocol) allows plenty of controls, such as- routing, call recordings, live monitoring, call statistics, etc. Moreover, hosted PBX allows the dialers to integrate with the CRM, which may carry crucial information of the customers. Ability to divert the voicemails and faxes to emails also adds some vulnerability of the service. All in all, PBX acts as a lifeline to the businesses and no business would enjoy handing it over to a third-party.

That does not apply to all businesses, as we are witnessing a continuous growth in the number of businesses that are using the cloud. Still there are businesses that have not accepted cloud as a mainstream choice. Switching to hosted PBX might not serve such businesses as a comfortable solution. There are certain differences in the operational methods of the hosted PBX and traditional VoIP PBX. For example, hosted PBX is accessible with smartphones, laptops, and other portable devices, however, traditional one is available only for wired devices connected with IP Phones. Enterprises consider the shift to cloud as a major transformation for the operations and thus prefer to avoid it, as long as possible.

Advocates in favor of Hosted PBX will claim the both these reasons are insignificant. Some may even call them absurd. This is because:

Technology requirements vary for different businesses. Considering those variations, one can never state that hosted PBX is a certain solution for all. So, it understandable that some businesses do not find benefits in hosted PBX. However, the businesses that can use hosted PBX for their better are not choosing it because of the reasons mentioned above and tarnish their own abilities. At first glance, these reasons look very concerning, but a better analysis will show that they are insignificant or resolvable. For a better grasp of the operational methods of hosted PBX, businesses can try the free trial option that is offered by almost all the legitimate provider.

Renuka Rana is author at LeraBlog. The author's views are entirely their own and may not reflect the views and opinions of LeraBlog staff.