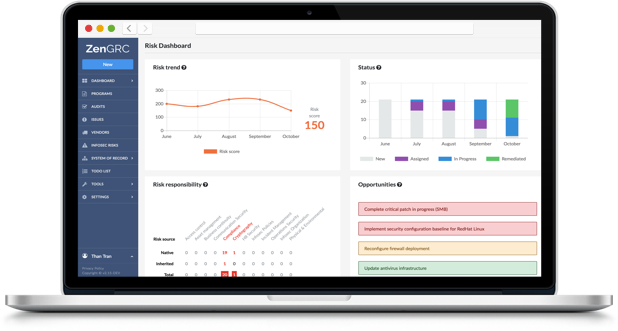 Why do small organizations hesitate when it comes to GRC?

Talk to a small business owner and their first response is usually that their company is too small for an expensive technology like GRC. There is a perception that GRC software is simply too expensive for small organizations and this perception is formed when GRC technology was still new. Every technology is expensive when it is new. Information technology was expensive in the beginning – only the biggest organizations in the world could afford digital systems. Slowly the costs went down to the point where IT solutions are now an integral part of even the smallest businesses.

The same is true for GRC. GRC technology was indeed very expensive when it was first launched but this is no longer true. Small businesses need to realize that they can now easily afford GRC solutions without going over their budgets – no matter how small the budget is. This reduction in costs is largely due to cloud based GRC solution. Previously organizations had to implement GRC systems within the organization. This was a long and costly process which disrupted work. Cloud based systems can be easily implemented in a few days without causing any major disruptions in business processes.

Choosing a starting point for GRC

There are several advantages to this approach. The most obvious one is the low cost attached but it is not the only advantage. The biggest advantage is that you get to assess the true benefits and ROI of the GRC solution before making an investment in it. Every solution provider claims that their solution is the best and will solve all your problems – that is just marketing. If you want to see the real capabilities of a GRC solution you need to test it within your organization so you can judge how it will perform for your organization.

Small organizations definitely need GRC and the good news is that GRC solutions are now very easy for small businesses to purchase and implement. If you want to start using a GRC solution we would recommend contacting cloud based GRC solution providers and starting free trials. Most providers offer free trials for a month. This will allow you to test GRC solutions without any costs.