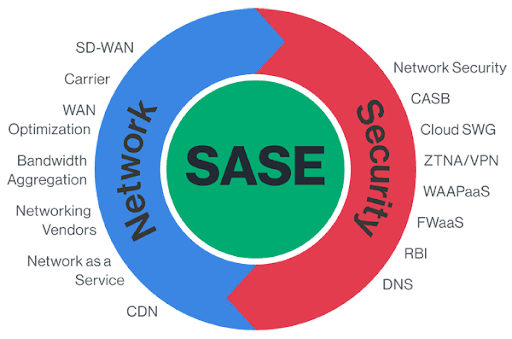 Historically, most of an organization’s IT infrastructure was located on-premises. Data and applications were housed in on-site datacenters, and employees worked from their offices on computers directly connected to the corporate LAN. This centralization of IT infrastructure resulted in a similarly centralized security model. Most organizations have historically used a perimeter-focused security model.

Under this model, the organization fortifies the network perimeter, deploying firewalls and other security solutions to enforce the boundary and block any malicious content that attempts to cross it.  This made it possible to use a simple trust model where everything inside the network is considered “trusted”, and attacks are assumed to have to cross the network perimeter, where they can be detected and blocked before they reach the internal, protected network.

IT Infrastructure Is Increasingly Moving Off-Site

While, historically, the majority of an organization’s IT infrastructure was located on-premises, this is becoming less and less true over time.  In recent years, IT infrastructure has moved off-premises for a number of different reasons:

All of these changes boil down to a single major shift for corporate networking. Instead of being the core of an organization’s network traffic, the corporate LAN is only one node among many in the corporate WAN.

Security Should Be Designed for the Majority, Not the Exception

The corporate network is expanding, and users and corporate systems are increasingly outside of the traditional network perimeter. However, many organizations’ approach to cybersecurity has not kept up with this trend.

A desire to stick with the “tried and true” and leverage existing security investments has resulted in organizations adopting inefficient approaches to network security. Instead of moving security to the network edge and securing the enterprise WAN, these organizations divert all traffic through the on-premises network for security inspection before forwarding it on to its destination.

While this ensures network security, it does so at the cost of network performance and scalability.  Routing all traffic through the headquarters network has significant impacts on traffic latency due to the inefficient routing and delays caused by overloaded network infrastructure. Additionally, such a network scales poorly as the headquarters network becomes a single point of failure in the corporate WAN. Instead of attempting to make modern networks fit legacy security infrastructures, organizations must evolve to make security serve the organization. Moving security to the network edge and reducing dependence on the headquarter’s network creates a network that is both usable and secure.

The evolution of the corporate WAN is why SASE is hailed as the future of network security. SASE is designed as an edge-focused security solution that removes an organization’s dependence on on-premises security appliances.

SASE is deployed as a network of SASE Points of Presence (PoPs) deployed in the cloud as a virtual appliance. Each SASE PoP incorporates both SD-WAN functionality and a full security stack. This enables it to optimally route traffic between SASE PoPs and perform full security inspection of all traffic passing through the corporate WAN, regardless of the route that it travels.

Since SASE is implemented as a virtual appliance, SASE PoPs can be deployed geographically near an organization’s network endpoints (cloud infrastructure, remote users, branch locations, etc.). This minimizes the routing inefficiency of entering and leaving the WAN through SASE PoPs, and the use of dedicated network links between PoPs minimizes traffic latency.

Legacy security models worked for legacy networks, but are ineffective for the modern enterprise. SASE enables an organization to deploy security that doesn’t inhibit the performance of the network or the organization that relies upon it.