What comes to the mind when you hear the word 3D or 3D printing? Complex machines, intricate designs, objects with emblematic shapes. While 3D is behind all these, it's not confined to technical nitty-gritties. The entertainment industry owes 3D; so does the toy manufacturing industry. 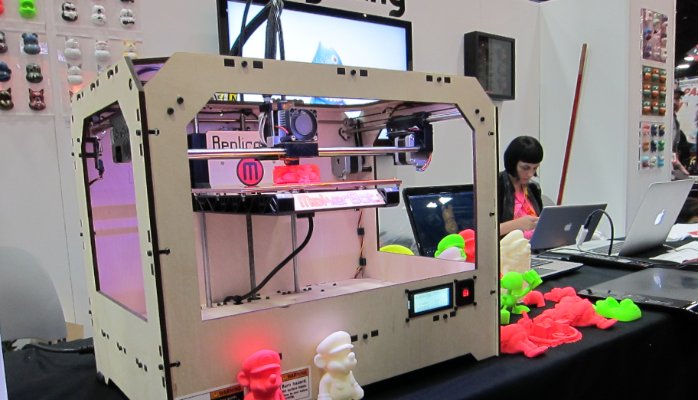 Let's go on a tour

In this article, I'll take you on a tour, at the end of which, you'd gather plenty information on how 3D is changing the toy manufacturing landscape. Before a formal beginning, I'd like to inform readers 3D is providing us with options. As new 3D gadgets are reaching the shores of mainstream technology, new doors are opening. One such door is toy manufacturing.

Some of the key players in this industry, who are heralding its growth are Makies, Hasbro, Disney, etc. An estimate done by McKinsey sheds some light on 3D printing's impact on the toymaking segment. Per the report, the segment will garner $200-$500 billion a year by 2025, and that's only courtesy to 3D.

Is there anything in 2015 that beckons this impending growth?

Several partnerships, mergers and acquisitions, which are taking place across the 3D printing and toy manufacturing verticals, signal the oncoming boom.

The two companies teamed up, and they worked on the delivery of a play experience that's creative as well as immersive. A patent filed by Hasbro indicates what the company is really up to. The patent categorically informs us that Hasbro is up for developing a technology

If the idea alone doesn't sound innovative, consider its application area. The 3D embodiments are toys, which entertain us and our children. Not to forget, there's a scarcity of legit players such Hasbro, and that makes this vertical less competitive.

Disney, the world-famous entertainment giant decided to venture into the 3D toymaking segment. They took on the initiative a long time back in 2012, when they announced they are working on 3D printed toys, one of which looks like a bug. From then onwards, Disney has continued to explore multiple junctures where 3D meets toymaking. One such juncture was a 3D printer with layered fabric.

Disney's steps were not so steady on the 3D floor in 2012. But despite being a toddler in this field, Disney achieved a lot using light-hardened polymer and hollow tubes for toymaking. More so, Disney's researches correctly identified the setbacks that they needed to overcome, one of which was the amount of light loss.

In 2015, Disney has managed to overcome the majority of bottlenecks. 3D printed soft and interactive objects, made of fabric layers are a reality now.

Ever heard of a 3D-printed walking tank? It's a 3D-printed toy, developed by HMC Boudicca. The toy has been manufactured assembling more than 400 3D-printed parts. The toy is 20-inches tall with a multi-story design, it has LEDs, Arduino motors and servos as built-in technologies. The only problem with the toy is it costs $5000. But something technologically so superior cannot be dirt cheap, which is why, buyers seem to be comfortable with the price.

The toy was developed by Michael Sng, a toy manufacturer, who lives in Singapore and had been the lead product designer at STIKFAS. The walking tank is a part of the series called Codename Colossus, which Michael believes will "explore creating more accessibly priced versions of the toys for a wider audience."

If you are still with me, I guess you've gotten a decent understanding of where the 3D-toymaking nexus is heading to. It's about to become something that's innovative, entertaining and at the same time, revolutionary.

It is yet to take this shape, but it will in the not-so-distant future.