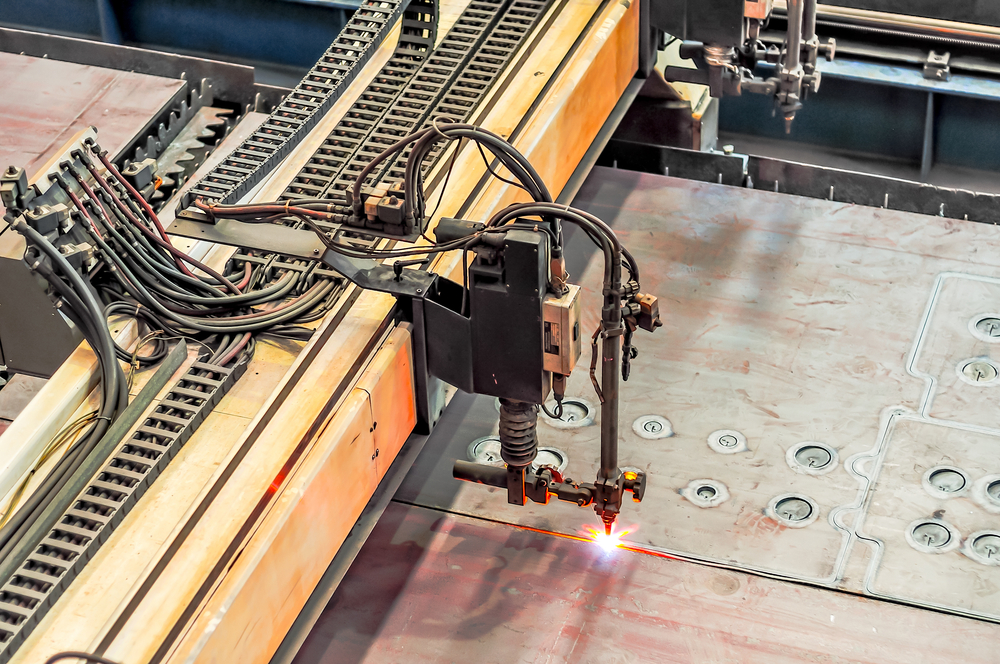 Modern safety regulations have made factories a lot safer than they used to be. As technology becomes more sophisticated, there is less of a requirement to have workers on the floor as opposed to behind controls, creating a less-hazardous workplace for everyone. Welding has traditionally been thought of as one of the more dangerous jobs in industrial work, but even this delicate process can now be completed with equal care from afar.

A certain level of expertise at the controls is still required, but having welding completed by machine is quicker, more productive and far more precise than the human hand. In the long run, this can cut both costs and workplace accidents.

When talking machines, there is a clear distinction between hard and soft automation. Hard automation refers to machines that are fixed in their duties, often with little to no variation. Meanwhile, soft automation encompasses more versatile pieces of technology for making changes and performing various functions.

When it comes to the basics of a factory floor, such as welding multiple pipes and tubes together over and over again in a similar fashion, or multiple-pass welds, this is the realm of hard automation. The advantages of using a machine for repetitive work are obvious: firstly, they will often be mass-producing the same thing repeatedly, with this often being their sole purpose. If this is the case, they may not even need any real attention besides being turned off and turned on, as their basic programming will stay exactly the same.

The repetitive work is also best left to a machine, as a human worker is more likely to make mistakes when exposed to such a continuous work environment. Hard automation also ensures that every piece of equipment will be exactly the same, and this means similar quality across all products.

Hard automation is also a guaranteed method of increasing productivity on the factory floor. Precise operations can be carried out with no delay and with much greater speed than by hand, and provided there is adequate power, there is no need to stop production during the day.

The level of technology in each individual device can vary, but the norm nowadays is programming that can detect joints and welding points, as well as the progress of the job. In some cases it may be necessary to have an operator at the controls at all times, but with hard automation this is not common; an off-line programming tool ensures that the machine continues to create parts to a precise specification, without much need for interference afterwards. Provided the job is the same, OLP means that the automation can continue without supervision and thus save time and resources. The programming should be relatively simple and is fixed, barring slight adjustments as necessary.

Hard automation is also relatively inexpensive compared to its soft counterpart, as the functionality is far more basic. Designed to mass produce the same parts quickly and efficiently, there is little variance in their method, making them less complex, though also less flexible.

When it comes to operating a hard automation machine, it's always best to let experts in the field take the controls, at least initially. It may be a different process to, for example, welding manually, but those with experience in the field will be best equipped to program and monitor a machine doing the same task.

Hard automation has evolved since its inception to become safer, more precise and less in need of constant supervision. To truly increase productivity in the workplace, the repetitive-yet-vital jobs can be given to automated units that will complete their task with ever-increasing speed and efficiency.

Though some supervision by a qualified worker may be required, the benefits of hard automation in the workplace cannot be denied, and they make for a far more productive and less-hazardous environment.