Wire rope, although you may not realise, has become one of the centrepieces for the modern world. With multiple properties, it has found uses in over a dozen different industries; with everything from the Food and Brewery industry to the Marine and Military sectors. Wire rope itself is not a new piece of equipment, and while its increased use has developed over the years as innovation has pushed wire rope on in leaps and bounds, it can trace its history back thousands of years. We’ve delved into this history a little more in the article and infographic from Rope Services Direct below. 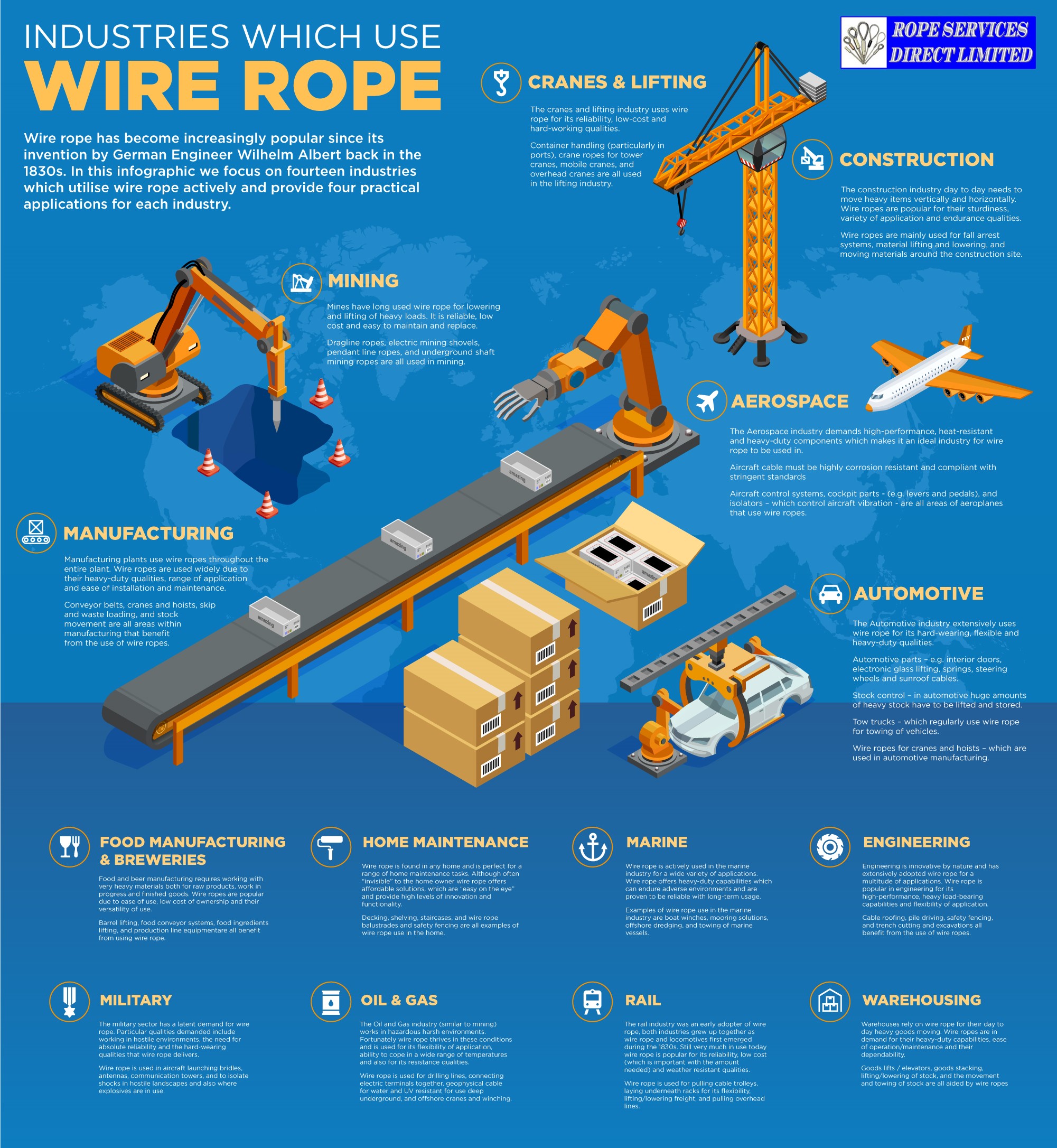 The first signs of wire rope

Modern wire rope, the rope that we are more familiar with today, wasn’t born until the 19th Century. However, as with many processes and concepts that exist in the modern world, the roots of wire rope thread back to a much earlier period than this.

There is clear evidence within history to suggest that the earliest form of rope dates back as far as 12,000BC, a period referred to as the Upper Palaeolithic age, the third period of the Old Stone Age. Haven’t heard of it? There’s a good chance that you haven’t, but this gives you an insight into just how long rope has been around for, and just how many generations it has usefully served. 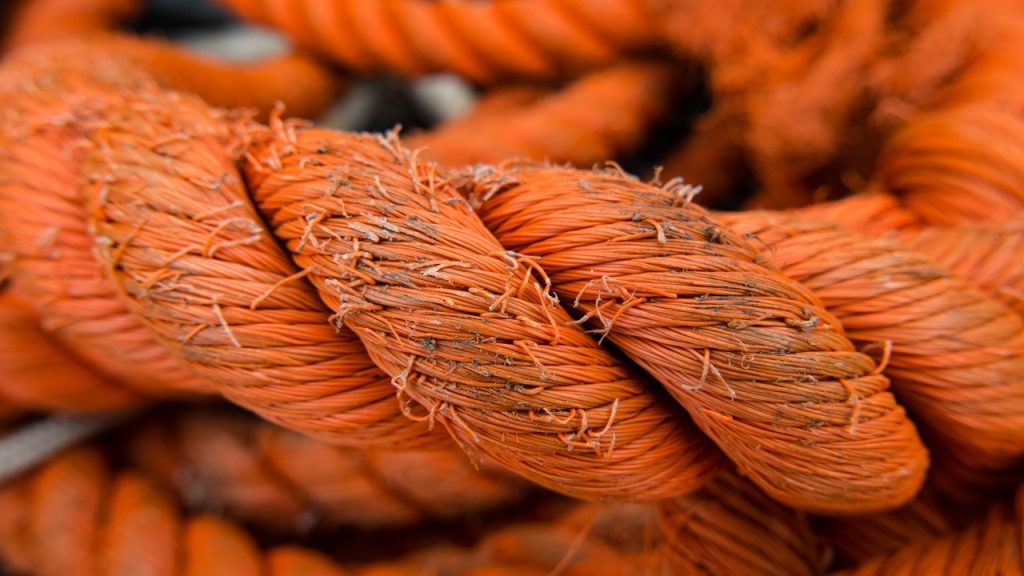 Fast-forwarding rather rapidly, wire rope has been placed in multiple periods throughout history, appearing in countries all over the world between 9000 and 3000BC. It also found great use in Ancient Egypt, particularly for building the pyramids, although this early form of rope was made from materials such as papyrus, palm fibres, and leather.

There was the continued use of rope as history went on, and it also played a large part in the Middle Ages, with this period acting as a developmental step for rope itself. The first half of the Middle Ages is when the first recorded methods of drawing a rope together to form proper wire rope is recorded. However, it was the period after the industrial revolution where wire rope noticed its biggest development. There had been many breakthroughs in the innovation of wire rope during this period, but it was a German engineer that crafted the modern form of wire rope that is still used today.

It consisted of wrapping together several metal wires to form one solid strand, and then wrapping these strands together to form the sturdy wire rope. This helical structuring that Wilhelm Albert developed was a stroke of genius, and a real leap forward in terms of modern day innovation. He developed it as a means of making the mines he managed more efficient, but little did he realise just what an impact his wire rope would have!

While there have been new adaptations and changes as the years have passed, particularly with the metal strands being wrapped around a strong fibre core for added strength, the fundamental concept that he discovered still forms the basis of the wire rope that is used across over a dozen industries today.

Why is wire rope used in so many different industries?

The main reason that Albert looked for a new type of rope was because the more traditional forms of rope and the wrought iron chains that were being used for lifting and lowering tasks kept breaking.

They would twist, or would break easily because of low resistance to abrasion, corrosion, crushing, and bending. And when one link in the chain or one part of the rope broke, then the whole piece of equipment was totally useless. Wire rope, on the other hand, doesn’t twist easily, and has strong resistance to abrasion, corrosion, crushing, and bending. This has quickly made it the go-to piece of lifting equipment for many lifting and lowering tasks found in a wide range of industries, such as the Construction, Cranes and Lifting, Engineering, Warehousing, and Marine industries.

But wire rope also has many other properties too that Albert didn’t intend when he first discovered this revolutionary new equipment. It is conductive of electricity, making it useful for railway lines in the Rail industry, it can withstand incredible pressures, making it great for structural support in buildings in the Engineering industry, and it is able to operate efficiently at great depths, making it the perfect solution for cabling laid at the very bottom of the ocean. 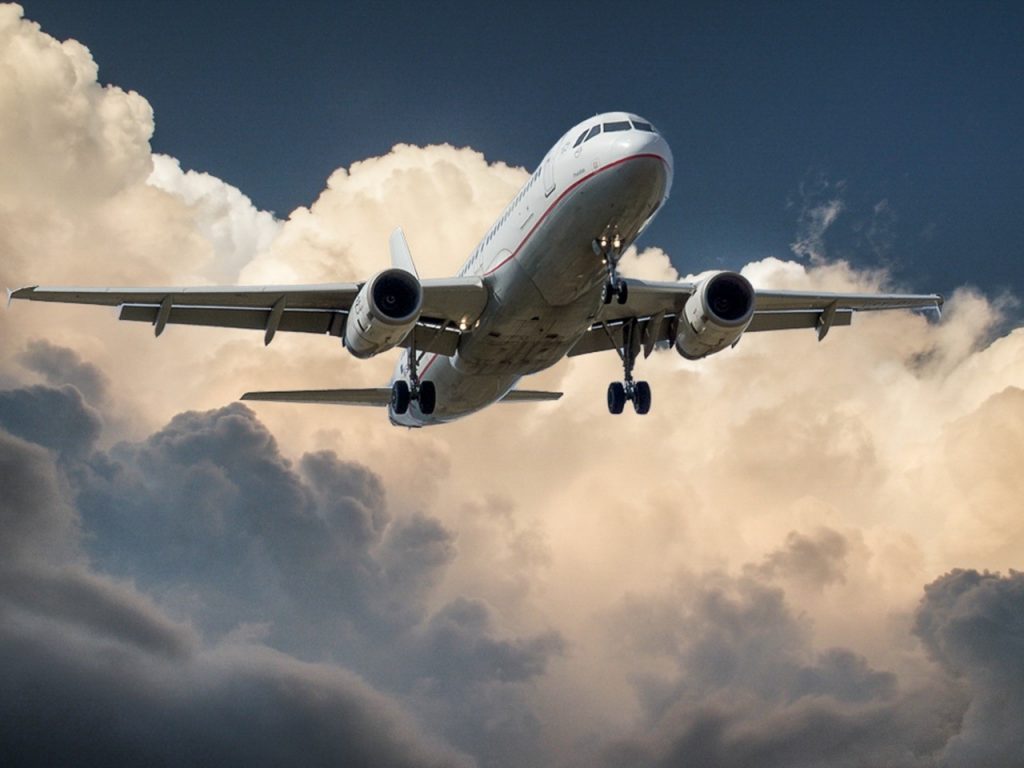 Now wire rope is used in many industries, including the aerospace industry

Alongside these industries, it is also used with the Aerospace, Automotive, Food and Brewery, Home Maintenance, Mining, Military, Oil and Gas, and Manufacturing industries. Wire rope products such as those manufactured by Rope Services Direct have become one of the most robust and reliable pieces of equipment on the market today and find themselves having more uses than many realise! With a history stretching back thousands of years, it’s easy to see why rope has become such a fundamental part of human life!