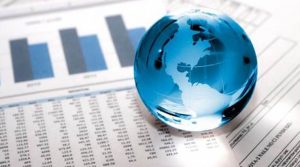 Although talks of Brexit have seemingly cooled over the last month as UK MPs take their annual summer break, the discussion and debates continue on what form business ventures will take over the next year. A recent survey published by international recruiter Hired stated that workers in the tech field are seemingly turning away from the UK as a place to settle. The survey was commissioned following President Trumps plans to cut legal immigration in the next decade. This announcement, as a result, could majorly affect the future of the technology industry in the US, which employed more than 6.7 million workers in the US last year.

The survey asked over 300 workers in the tech field based in the US about their opinions on the current climate of the industry following President Trump’s comments. Exactly 84% of those questioned spoke of how they strongly believe that immigration is the biggest contributing reason behind tech innovation. Despite new policies not actually coming into effect yet, this hasn’t stopped tech firms from letting the new shape their recruitment. Data realised from Indeed has already shown a noticeable downward trend in job seekers from foreign shores seeking positions in the states. It is doubtful that the UK will fare much better in the coming years as Theresa May has called for comparable reforms, pledging to limit immigration figures in Britain to ‘hundreds of thousands’.

Early results have shown that this has rocked the UK’s tech business field, and only an insignificant amount of those surveyed (6%), stated that Britain would be their top choice for a move if they decided to relocate. Furthermore, immigration solicitors throughout the country have reported a drop off in the tier 1 visa, (investor visa), as uncertainty puts off start-up tech businesses in the country.

It is results like this that are flagging serious warnings that a hard Brexit could starve the UK tech sector of the skilled workers it needs to progress. The effect of a hard stance on the Tech sector in the UK was recently reviewed by British newspaper, the Telegraph. They published that the move could starve the industry of European talent as 40% of its workforce is currently made up of EU nationals, according to Europe’s biggest innovation hub. The hub announced that tech professionals are concerned about the pipeline of talent in the country and the continued access to the single market. The UK’s access to EU workers could be limited if the Government opts to sacrifice access to the single market in exchange for regaining greater control over immigration.

It is not just the US and UK that have been hit by the uncertainty though. A recently released by the Naukri JobSpeak study announced that hiring by Indian IT companies declined by a massive 17% annually in May 2017 as the unpredictability in the technology sectors continues. The report announced that IT companies are prepared to hire more locals in the US as they feel the pressure in the US against the use of H-1B visas in what is seen as a protectionist measure – another step that will cause ripples throughout the globe.

In addition, those UK skilled workers who’s desire it is to work in start-ups across Europe would also be negatively impacted depending on the outcome of the freedom of movement decision. This is serious cause for concern for the UK economy as a whole, not just those employed in the tech industry. In March of this year, the tech sector in the UK was growing faster than the UK economy as a whole and 72% of investment was made outside of London. A statistic that is predicted to decline due to the recent governing announcements.

The Hired survey shines a very clear light that trouble is heading for the tech sector in both countries. What is apparent is that a defining decision needs to be made, and quickly, otherwise it could cause greater, unneeded declines in the short term.