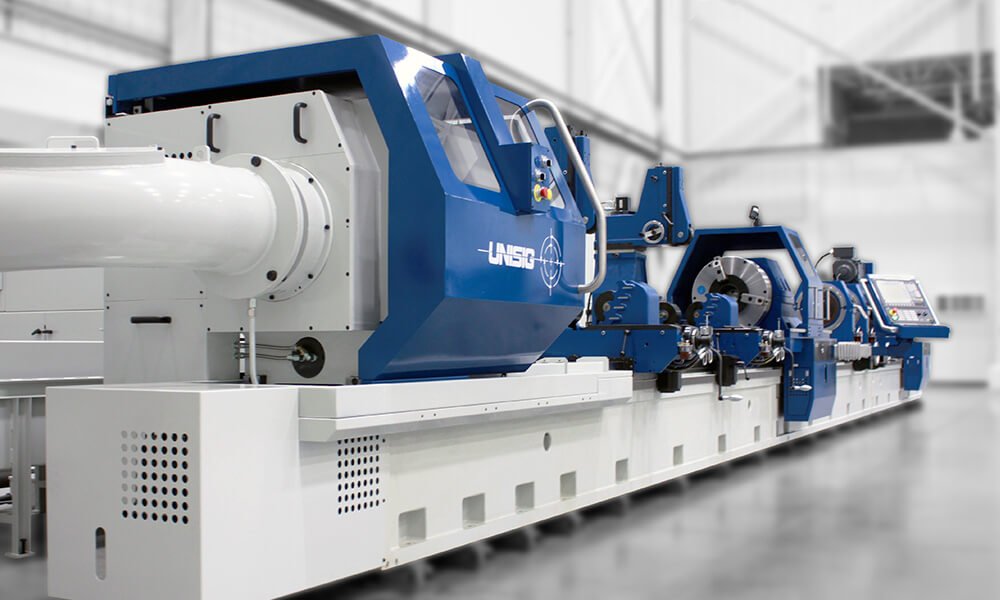 The heavy-duty deep-hole drilling and boring machine is often questioned when deep-hole prototype machining of large reverse parts, and it needs to be analyzed from the two aspects of the workpiece system and the drilling system.

Anatomy from a workpiece system

For workpieces with large components and long lengths, there are objective deflections due to their own components. No matter which mounting method is adopted, deflection cannot be avoided, so in practice, although the operator is very high, it is not possible to adjust the reverse axis of the workpiece into a straight line, so the workpiece will often occur during the rotation process. The faceplate claws sound, and the base frame rollers are damaged.

In practice, the method of padding copper between the jaw and the workpiece is often used. When the jaw is subjected to a large alternating load, the copper skin is compressed and deformed, so that the uneven force on the outer surface of the jaw in the axial direction can be released, which has an excellent effect. This method has been widely used on heavy horizontal lathes.

Special curved roller bearing developed for this purpose, the bearing directly supports the workpiece as a roller. Because the bearing material is bearing steel and is heat-treated, it has a high hardness as a whole, and it is not easy to be deformed by compression. The surface of the bearing is a curved surface with a large diameter in the axial direction, so that the touch line is as large as possible and the partial load is relieved , Get an outstanding role in practical use. When there is a high demand for the machining accuracy of the workpiece, two base frames should be used to support the component of the workpiece, and touching the workpiece as the support tile construction method.

Analysis from the drilling system

Common questions such as the oil receiver can not seal the oil, poor chip removal and so on.

(3) Blocking debris. Due to improper adjustment of cutting parameters, chip breaking effect is poor during drilling, and long chips can not be discharged in time from the inner hole of the drill pipe. The system pressure becomes higher and higher. Push the oil receiver away, and the high-pressure oil splashes out in time.

The treatment methods are:

(3) Blocking debris. Adjust the cutting parameters to break the chip into a shape that is easy to remove chips. If the workpiece material is special, the blade material needs to be replaced to reach the chip breaking intention, and sometimes the overall tool body structure is replaced for normal cutting.

(1) Select reasonable cutting parameters and reasonable raw materials of the insert, and repeat the adjustment to reach the chip breaking intention;

cncmachining is author at LeraBlog. The author's views are entirely their own and may not reflect the views and opinions of LeraBlog staff.