What crane do you use to construct the tallest building on the planet? How do you harvest millions of heads of broccoli? Why did a jar of popcorn butter throw a spanner in the works at an Amazon fulfillment center? We look at a few of the amazing machines used in different industries and the stories they have to share! 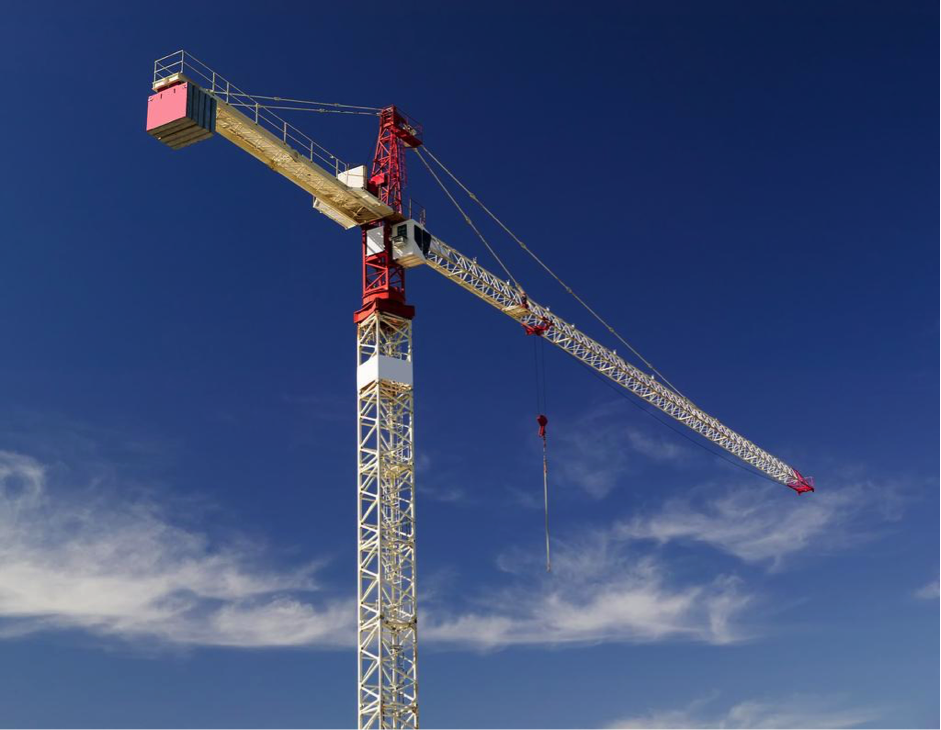 The breathtaking Burj Khalifa – which has held the title for the world’s tallest structure since 2009 – stands at a whopping 829.8 meters or 2,722 feet tall. But have you ever considered how they managed to get the materials and equipment they needed to build with up there in the first place? It actually turns out that getting cranes up was the easy part – getting them down proved a little more tricky!

Three Favelle Favco cranes were used during construction, moving reinforcement beams, welding equipment and scaffolding up to new levels. Interestingly, one of the major challenges was getting the large volumes of diesel the cranes needed to do their thing up to such heights – meaning a large part of their job was lifting their own fuel tanks.

As levels were completed, one crane would lift sections of the next into place to begin the next phase of construction. By 2007, it was time to start bringing the cranes down. Crane one moved down to level 99 to act as a recovery crane, helping number two down to ground level. This left number three apparently stranded at the top! Luckily, there was a plan in place. A smaller crane was lifted up to floor 159, while crane three started ‘climbing’ down, removing its own mast sections and passing them down to the ground. Finally, the new recovery crane dismantled the last pieces of the ‘stranded’ crane and returned them to terra firma. With all those intricate moves, it’s not surprising that the descent of the cranes has been described as a mechanical dance. 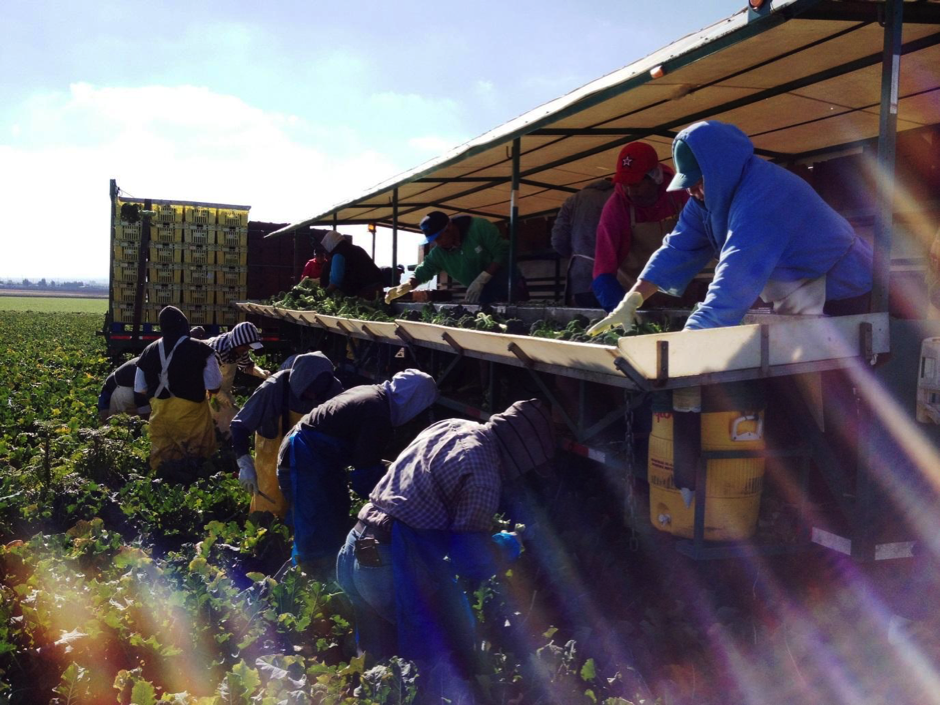 Like many green vegetables, automating the harvest process for broccoli is tricky – as you don’t want to damage and bruise the individual plants in the process. On the other hand, because the profit margin on each plant is pretty small, you also need to harvest as many as possible in the shortest amount of time. It turns out the solution is getting man and machine to work together.

That’s where the broccoli floret harvester – capable of gathering over 125 million portions of broccoli a year – comes in. As the machine moves down the rows doing its thing, workers do a visual inspection of the harvested greens, selecting and passing the suitable veg down a conveyor belt. This belt carries the produce to the transport vehicle, where another quality assessment is performed, before they’re packaged up for sale. 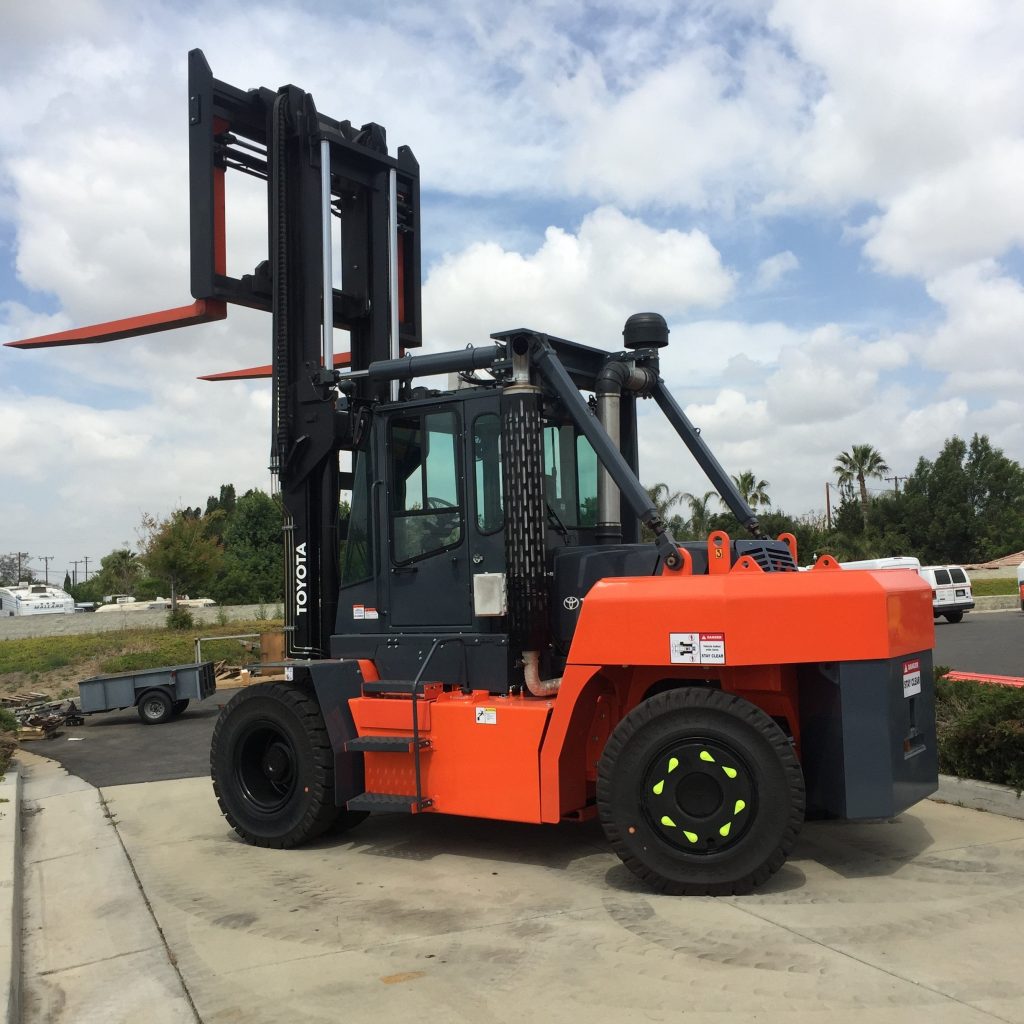 Despite their small size, forklifts are capable of some pretty impressive heavy lifting – raising loads which might weigh thousands of pounds high into the air without tipping over. According to the Industrial Truck Association, the world purchases over a million new forklift trucks every year. Over and above their impressive engineering, the astonishing international success of the forklift also has a lot to do with the design of the wooden pallets they lift. In the 1930’s, pallet design was standardized, with openings for lift forks (yes, the sticky-out bits on a forklift truck) on every side – meaning it became much simpler for forklifts themselves to handle, lift and maneuver them. Since then, they’ve become indispensable assets in the warehouse, shipping depot and manufacturing environment – and the availability of forklift rentals and leasing services has made them accessible to small businesses as well as international giants.

The rise of the machines?

On a much, much, much larger scale is Amazon’s veritable army of warehouse machines, who now number well over 100,000. With thousands of orders going on simultaneously, Tye Brady, Amazon Robotics chief technologist, explains that the sheer volume and scale of the fulfillment center floor means robots are better for the fetching and carrying side of things. It’s most interesting to note however, that Amazon’s complement of human workers has increased more than a quarter of a million from October 2016 to 500,000, excluding temporary staff. Far from spelling disaster for the human workforce, in this case at least, it seems robots are doing what we originally hoped they would – making tedious manual tasks easier for people rather than stealing their jobs.

Dexterity, adaptiveness, and plain common sense mean that humans simply can’t be replaced – at least yet. Tye points to a perfect recent example where a jar of popcorn butter smashed on the warehouse floor. Amazon’s robots had no idea how to handle this new challenge, continuously driving over to inspect the puddle. “The robots were driving through it, and they’d slip and get an encoder error,” Brady explained. And let’s be honest – we can’t help but feel a little smug, can we?