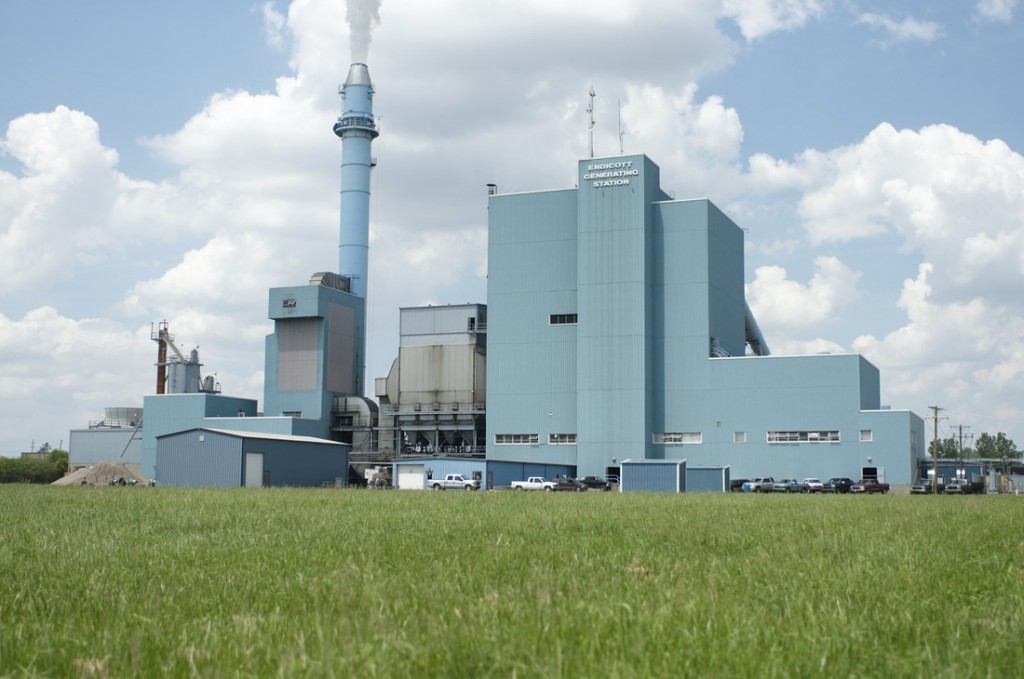 In the past, geographic information systems (GIS) were used for mapping physical land based objects - such as parcels, lakes and roads - as well as storing attribute data about these objects. GIS was also used to manage electric facility data by creating connected networks and maps that model the flow of the electric grid. Have you ever considered, however, that GIS can be used to model anything that has both a physical component and attribute information? This includes power plant maintenance, as an example.

Here are two examples for how two different power plant infrastructures can be modeled using GIS:

In the first example, two simple cycle combustion turbine generators (1176 MW each) were used to help with peaking. The units, controlled by both characteristic gas and fuel oil, encountered a high drop out rate of the earthenware hotness shield tiles throughout the beginning couple of years of operation. Many tiles were not making the 4000 equivalent operating hour (EOH) interval between inspections that as hoped for. The amount of failed tiles caused problems with outage frequency, duration, inventory and the cost of operation.

The solution was an application designed around a 2-dimensional model of the heat shield tiles that was developed in a GIS system. By combining several years of inspection and plant maintenance data then layering it together in a single display using color, workers were able to quickly see high failure rate areas within the units. Data for the number of starts the unit had and the type of fuel used was also stored, giving some history to go off.

In the second example, GIS was used to keep track of power plant boiler tube maintenance data. The contractor in charge of this already had tracking software in place, but it did not provide him with a visual display. Boiler tube thickness measurements are made during routine inspections and the data is used to identify potential failure areas within the tubes. This allows you to replace them before they fail or begin to leak.

The solution was an application designed around a 2-dimensional orthogonal view drawing of one bank of the primary and secondary tube sections of the boiler. This model was then linked with plant maintenance inspection data in an attempt to show the location of the measurement of each tube as well as the thickness values. After the results were not quite what they were after, a 3-dimensional drawing was attempted but progress halted when it was discovered that it would not be a cost-effective method.

Whilst the outcomes in both of the examples outlined above were drastically different from each other, it cannot be denied that the concepts for both were sound. It is clear that GIS is a powerful modeling environment that enables us to visualize things that other software cannot. If you have GIS systems in place, make sure that you utilize it to its full potential (including in plant maintenance) and think outside the box. And just remember that it can be used to model anything that has both a physical or spatial component and data.

The above information is provided by Walsh Equipment a mining company in Australia.