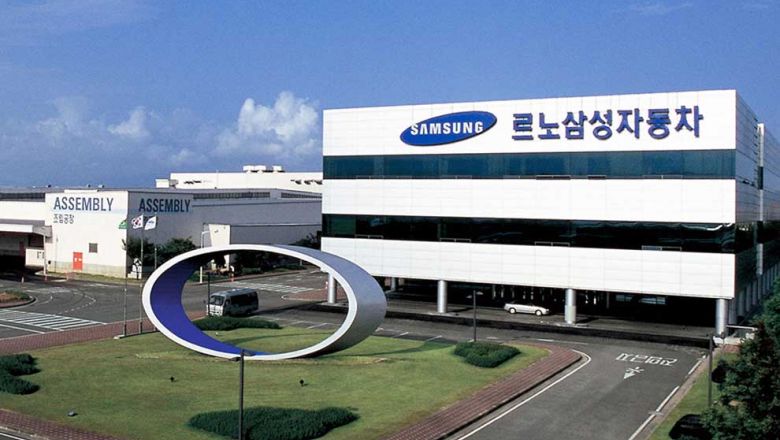 Samsung is a South Korean multinational electronics company that produces a wide range of consumer and industrial electronics, including smartphones, TVs, home appliances, and semiconductors. The company was founded in 1938 by Lee Byung-chul as a small trading company in Seoul, and has since grown to become one of the largest and most successful companies in the world.

Samsung was founded in 1938 by Lee Byung-chul as a small trading company in Seoul, South Korea. Originally, the company dealt in a variety of goods, including textiles, food, and other consumer goods. In the 1950s, Samsung began to expand its operations, opening new branches in other parts of South Korea and eventually branching out into new industries.

In the 1960s, Samsung entered the electronics industry, producing a wide range of consumer and industrial products, including televisions, radios, and refrigerators. The company’s electronics division quickly became one of its most successful, and it began to expand its operations in this field, opening new factories and research centers.

In the 1970s and 1980s, Samsung continued to grow and diversify, expanding into new markets and industries. The company began to produce a wide range of new products, including home appliances, semiconductors, and mobile phones. Samsung also began to expand internationally, opening offices and factories in countries such as the United States, China, and Brazil.

In the 1990s, Samsung faced a major crisis as the Asian financial crisis hit the South Korean economy hard. The company was forced to restructure, selling off non-core businesses and focusing on its most profitable divisions. Despite this difficult period, Samsung was able to emerge stronger, and it continued to expand and grow in the following years.

In the 2000s, Samsung became one of the world’s leading technology companies, known for its cutting-edge smartphones, TVs, and home appliances. The company’s Galaxy line of smartphones was particularly successful, becoming one of the top-selling smartphone brands in the world. Samsung also continued to invest in research and development, developing new technologies and improving existing products.

Today, Samsung is a global leader in a variety of industries, including consumer electronics, home appliances, semiconductors, and mobile devices. The company has a significant presence in many countries around the world, and it continues to invest in research and development to improve its products and services. With a rich history of innovation and growth, Samsung is a company that has stood the test of time and continues to shape the technology industry.

What does Samsung produce and manufacture?

In the smartphone market, Samsung has been a dominant player for many years. The company’s flagship Galaxy line of smartphones has consistently been among the top-selling devices globally, thanks to its cutting-edge technology, sleek design, and wide range of features. Samsung’s smartphones are known for their large, high-resolution displays, powerful processors, and advanced camera systems. The company also offers a wide range of other features, such as water resistance, wireless charging, and a variety of biometric security options.

In addition to smartphones, Samsung is also a major player in the TV market. The company’s line of QLED TVs, which feature quantum dot technology, are considered among the best TVs on the market for their vibrant colors, deep blacks, and high contrast ratios. Samsung also produces a wide range of other TV products, including UHD, 4K, and 8K models, as well as smart TVs with built-in streaming services and voice control.

Home appliances are another area where Samsung excels. The company produces a wide range of products, including refrigerators, washing machines, dryers, and dishwashers, all of which are known for their high quality and advanced features. Samsung’s home appliances are often designed with the latest technology, such as smart features that allow you to control them with your smartphone, and energy-efficient designs that help save on your utility bills.

Despite being a South Korean company, Samsung has a significant presence in many countries around the world, with offices and manufacturing facilities in countries such as the United States, China, and Brazil. The company also has a significant research and development presence in many countries, with R&D centers focused on developing new technologies and improving existing products.

In summary, Samsung is a multifaceted and prominent player in the global technology industry, known for its cutting-edge technology, sleek design and wide range of features. The company has a significant presence in various countries, and continuously invests in research and development to improve its products and services. From smartphones, TVs, home appliances to semiconductors, Samsung provides high-quality products that are widely used and enjoyed by consumers worldwide.