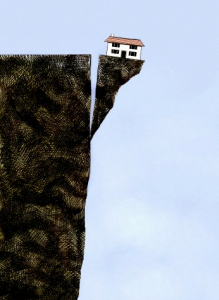 Baby Boomers sure know how to draw attention to themselves, don't they? At every stage of their lives, this generational group has left a distinctive imprint on American society - from the massive swarm of babies that marked their arrival, to their incendiary days of youthful rebellion in the â€˜60s, Baby Boomers have made their presence known. As this influential generation moves from the comfort and stability of middle age towards the peaceful promise of retirement, the nation waits with bated breath to see if Baby Boomers will once again manage to have an impact that is felt all around the U.S.

According to the Department of Health and Human Service's Administration on Aging, "The older population–persons 65 years or older–numbered 39.6 million in 2009â€¦They represented 12.9% of the U.S. population, about one in every eight Americans. By 2030, there will be about 72.1 million older persons, more than twice their number in 2000." Statistics and population projections continually paint a picture of a future America where the elderly constitute a much larger portion of its citizens - largely due to aging Boomers.

The period of 1990-2010 saw the household size for the Boomer generation reach a definitive peak which unsurprisingly coincided with peaks in their average family size and income. During this time, Boomers favored large, single-family homes in suburban neighborhoods.

But now that this generation of home owners is aging, economists and those in the real estate business are concerned that Baby Boomers are going to start putting their homes on the market. After all, who needs a spacious three or four bedroom house when the children are all in college, or busy tending to their own families? Who wants to battle with yard maintenance in their retirement years? Those large suburban homes that were once a great source of pride for Boomers may quickly become less of a blessing, and more of a burden. The anticipated mass exodus of aging Boomers from their homes is being referred to as the "great senior sell-off".

If the senior sell-off does indeed occur then the question becomes: Who will purchase the homes they have vacated? Perhaps large, metropolitan areas experiencing economic and industrial growth will be able to absorb the increased supply by providing nearly equal demand. Smaller, less flourishing regions of the country may not be as accommodating however.

There is particular concern over a mismatch in generational housing preferences. While the Boomers sought large, single family homes on relatively roomy plots of land, families with children now are increasingly seeking smaller residences like townhouses or condos. This disparity in preferences may mean that Boomers will have a hard time finding buyers for their spacious homes.

The nation's shifting demographics could further complicate the situation. Hispanic Americans are currently the fastest growing demographic but their prevalence in American society is not being reflected in the education system. Hispanics continue to be weighed down by deplorable educational achievement gaps which translate into lower median family income. Unless the U.S. education system makes some immediate and widespread changes, the new American demographic majority may not have the income to pay what Boomers are expecting to receive for their homes.

All of these factors - migrating Baby Boomers, discrepancy in housing preferences, changing demographics, and low household income - appear to be leading America to yet another financial crisis in the near future. Of course, you may recall the terrifying housing doomsday predictions made by Mankiw and Weil in 1989 which failed to come to fruition. Perhaps the U.S. economy will prove resilient in the face of this new challenge.

Brian Davis is the Vice President of EZLandlordForms, a leading provider of important documents like rental leases. He enjoys reading up on real estate news and other related topics.