Following the scandal of Carillion, Lincoln County Council reported that it has terminated its contract with the financially troubled contractor.

A new contractor Galliford Try has taken over the contract and will be responsible for carrying out the remaining construction work on the Lincoln Eastern Bypass project. Work resumed almost immediately. 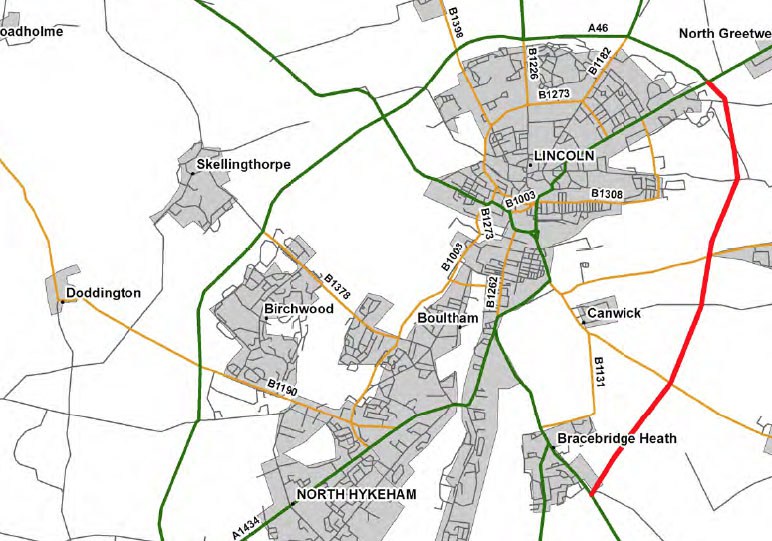 Local Lincoln council members commented that the appointment of Galliford Try will enable work to progress on the bypass project, allowing time for the council to source and select a replacement firm for Carillion which will be responsible for the long-term management of the road project in the future.

Lincolnshire County Council reported that it was happy to see work on the bypass project resuming after having been stalled for some time and looked forward to its successful completion.

The new road is extremely important for both local residents and businesses. The appointment of Galliford Try to take over the construction work will make sure that there are no more significant delays in the progress following the impact of Carillion going into liquidation.

However, Galliford Try is an interim appointment; the council still needs to appoint a firm which will be responsible for the long-term management of the project. The council indicated that it expects to be able to select Carillion’s long-term successor by the end of the summer.

In the meantime, Galliford Try will resume work and avoid further delays, thanks to the dedication and hard work of those involved in this somewhat difficult transition phase related to the Lincoln Eastern Bypass project.

The council was happy to report that it was now “business as usual” regarding the largest highways project Lincolnshire has seen in recent years.

The transition arrangements involved Carillion’s local team joining forces with Galliford Try to ensure work continued on the highways project until the council confirms and appoint a new contractor to take over the management of the road in the future.

There have also been moves to try and maintain previously agreed working relationships with local suppliers such as contractors, sub-contractors, and plant and crane hire in Lincoln, as well as local technical specialists, so as to reduce any adverse impact on the project.

Work initially targeted by Galliford Try in the first few months after taking over the project included completing the connections to the current road network and installation of perimeter fencing. Also, another contractor, Bam Nuttall, undertook to complete the construction of perimeter ducting around the proposed roundabout at Washingborough.

In addition, the archaeological investigations on the railway bridge on the Spalding to Lincoln line will not be interrupted further.

Other important milestones to look out for in this important project in Lincolnshire include: