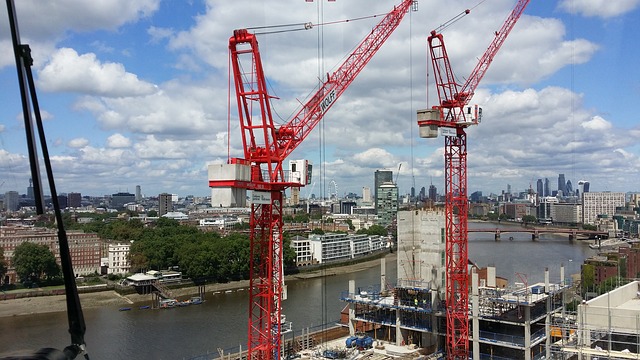 The Guardian newspaper recently reported that the office construction has risen by 18% in the last six months alone. What is the driving force behind this sudden boom?

A large number of the construction projects which are now underway are previous projects, which may have lacked funding. Add this to the 24% rise in the number of demolition sites to make way for the new buildings, and it is easy to see why the London construction industry is thriving.

So, with all these new office blocks rising rapidly around London, who are they for? Surprisingly for some, the main occupiers are not the previous tenants. Although the financial services groups are still a major contender for the leasing deals, it is actually the technology, media and telecoms services that are signed up for just under half the available leases.

This all looks brilliant for the UK economy. However, with fears that the rapid increase in demand for new office buildings, coupled with the rise in construction prices, the difference in costings between London and other parts of the UK will mean other cities are not going to be able to catch up.

London itself has the second highest construction rates, only second to New York City. Each metre square of floor space costs a staggering Â£2,283. How far is London behind New York? Not far at all, with New York costing Â£2,372. One of the biggest points to note however is the fact that labour, the biggest cost in almost all industries, is 70% cheaper in London than it is in New York. What is baffling is the difference in construction prices is a mere 4%. There is also an average rise of 5% on the cost of inflation in and around the London regions.

We have spoken about the business sector construction, but what about the residential sector? The London Housing market report shows that the unemployment rates have levelled out, meaning that there is a greater input into the economy. More jobs equal more money, with many workers wanting their own property. There was Â£4.3 billion in orders in 2014/15 in London new housing construction, although this is well below the previous years, it is still well above historical data. Out of that Â£4.3 billion, Â£3.9 billion was for the private housing sector, which showed steady completions and housing material prices falling.

Tim Aldiss writes for Lerablog and OSC - faster fasteners for the trade.