Although the UK property market has been a little sluggish in recent years, it’s now starting to show welcome signs of recovery. According to an expert, some parts of the country are picking up at a much faster rate than others. So, if you’re looking to invest, which areas should you be focusing on if you want to get the most back? 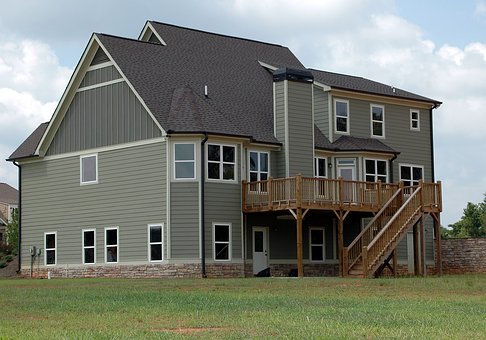 Recent political unrest has made potential buyers nervous about investing their hard-earned cash in the UK property market. There’s also been an increase in Stamp Duty costs and a lack of houses to meet the demand which have also had a significant impact on property investments.

However, as house prices finally start to increase and before Brexit takes into effect, now is a great time to invest in UK property. The question is, where should you invest? According to Reditum Capital Development Director, Tim Mycock, there are five key areas property investors should consider. These include

Other areas are also showing strong signs of recovery, but the above five are currently the most profitable in terms of investment.

Croydon in particular, has benefitted from the highest rise in property prices. Since 2016, Rightmove has revealed house prices in the area have risen by a staggering 20%. This is largely down to a large number of start-up businesses, Boxpark and a new shopping centre. It’s definitely one of the key parts of the UK to be right now and is being labelled the “Silicon Valley of the South”.

While house prices have risen in Croydon making it more expensive to buy, nearby areas could prove the best investment as prices remain lower, but growth will continue. So, investors may want to consider nearby sought-after areas via companies like Featherstone Leigh East Sheen.

Basingstoke is another potentially profitable area to consider. Professionals who are unable to afford to live in the UK’s capital are flocking to the area thanks to its excellent transportation links and thriving businesses. The area is also going to be undergoing some pretty exciting redevelopment and regeneration projects which will more than likely see its house prices soar. Therefore, investing in property here is going to provide investors will a healthy yield that’s only going to increase once developments are completed.

Moving up to the north of the country, Salford is a particularly lucrative area for those looking to invest in buy to let properties. The city boasts 70,000 students, with a high percentage of those preferring to rent accommodation. Its MediaCityUK has recently undergone a £1 billion investment and it’s one of the most popular places for those working within the digital and creative industries.

Finally, Liverpool has undergone several housing regeneration schemes. In particular, the L1 postcode has seen house prices rise by 41.2%. That’s a significant increase and it’s been found to deliver the second largest yields within the country. Like Salford, the city also has a large student population, making it ideal for buy to let investors.

Should investors be worried about housing shortages?

While the areas above are showing positive signs of improvement in the property market, there’s no denying the UK is still in the midst of a housing shortage. However, it’s not just the UK which has seen a decline in housing availability.

In Vancouver Canada, an Empty Homes tax has been introduced in an attempt to tackle the problem. This means, if a property is vacant for over six months, tax will be charged. The UK actually has something similar in place, where homeowners are charged a whopping 50% extra tax if their property is empty. However, the property has to be empty for two years before the tax is applied.

Overall, investors shouldn’t be worried about the recent housing shortage in the UK. As you can see from the five areas highlighted above, the market is starting to pick up and there are numerous schemes in motion to provide new housing across the country.