When looking for a commercial property the usual conurbations of Manchester, Birmingham and London will probably be forefront in thinking, however there are some more unusual locations that are very up and coming that have slipped under the radar in the past now theses hotspots are well and truly making their mark and for what would seem to be all the right reasons.

One of the factors are improved transport links to the out of town areas that are providing would be investors with the freedom to accumulate property without the city centre price tags. This makes quite an impact on the square footage; let's not forget the long term value of a property in one of these suburbs that an up and coming hot spot adds on to the future value of your property. Transport led regeneration of the new hot spots is a vital component in many aspects of investment. The new Crossrail stations in London and its surrounding environments will also offer an opportunity to provide a â€˜hub' for many new commercial and retail properties with invaluable links to the city and surrounding areas.

Canary Wharf is having a direct link to Heathrow which will have a massive draw for many larger corporations looking to expand both in the UK and further afield. Accessibility for commuters into the city is key too. Many people will have the opportunity to travel to and from the suburbs within an hour gaining reliability and proving to be cost effectiveâ€“ thus providing businesses with high staff retention levels. 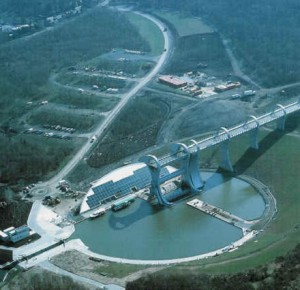 Places in Scotland such as Falkirk are seeing a rise in commercial development as a result of the motorway network. Falkirk is fairly central to most of Scotland and is not far from either Edinburgh or Glasgow, thus becoming an instant hub for potential visitors to either of these major cities. Good transport links and affordability leave Falkirk as a prime location for any major investors who may not have considered this area of the country before. 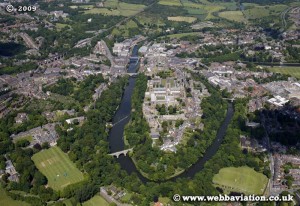 According to a recent survey by Growth Accelerator, the North is becoming a hive of activity when it comes to commercial investment. County Durham being a leader of sorts as it has a high call centre investment and proven track record of staff retention. The location of many cities in the North East are situated along the A1 corridor creating easy access to airports and other main transport routes, as well as its proximity to Scotland and the Midlands.

Waterfront locations are always a huge pull for businesses and even more so when an area is undergoing vast regeneration and prices are still accessible whatever your investment may be. This is also an area that is still unsaturated with many big businesses so head West for attractive opportunities.

If you want to avoid the associated expense with London and scrum of city life, the options to move to a more desirable location but still retaining the fast paced business life the options are appealing and very much available to the savvy investor.