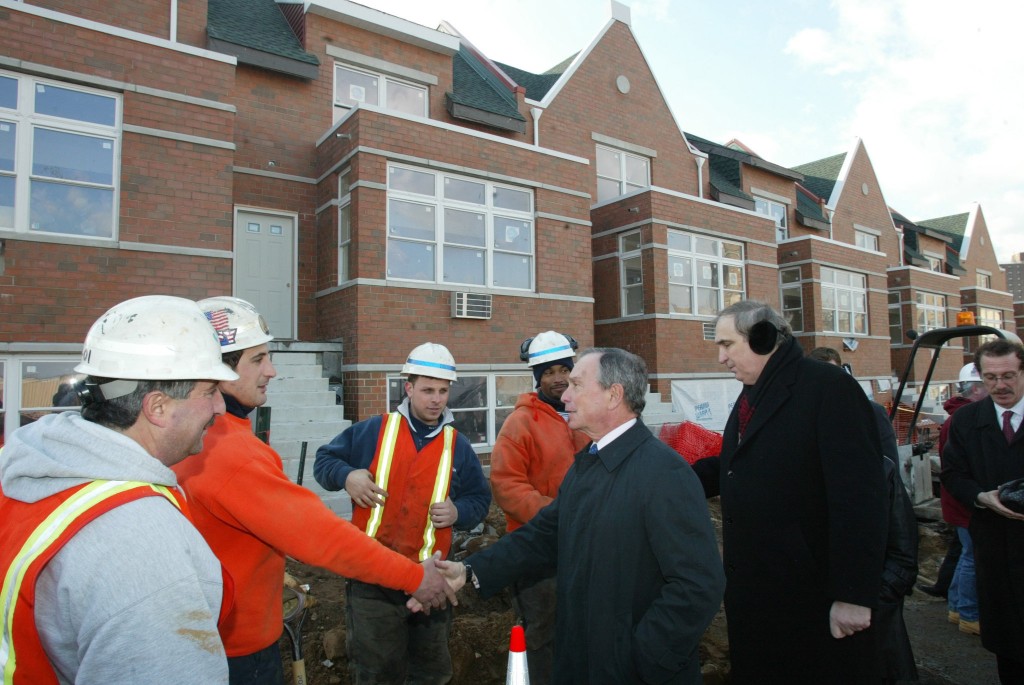 Affordable housing was a key issue for Mayor Di Blasio during his campaign, and he's already claimed a victory. Two Trees, the company behind the Dominos Sugar factory redevelopment in Brooklyn, has agreed to the mayor's demands that they make more units of affordable housing available. They've added 40 units to the original 660, making 700, or 31.8% of the projects units affordable. Di Blasio's goal is to preserve and/or create 200,000 units of affordable housing for the city. The units are also promised to be permanently affordable. Construction is slated to begin in Q4 of this year if all goes well.

Another 2,250 units of affordable housing have been promised at the Atlantic Yards project in Project Heights, Brooklyn. Unfortunately the construction has been slow and the developers have been accused of dragging their feet. Greenland Group blames the harsh winter and on community groups that kept filing lawsuit after lawsuit trying to block the project for the delays. In 2006 the project was given a 10 year time line in which 14 apartment buildings would be constructed, but that has since been extended to 15 years.

Local residents, activists and politicians are angry about the delay and have asked that the developers speed things up as much as possible, siting the desperate need for housing in the area. Many formerly working class areas of Brooklyn have been taking over by gentrification over the past few years, pushing out lower income residents in favor of luxury condo units and other upper class residences.

Affordable housing is a major issue and William Mulrow, Chairman of the New York State Housing Finance Agency and the State of New York Mortgage Agency says his goal is to insure that New Yorkers have access to it. Governor Cuomo shares this goal, and developers are expected to make a certain percentage of their units affordable. These efforts are to keep the city's middle and working class from being priced out of the city. If that happens it could have serious consequences for local businesses and the local economy. The hope is that the city can once again become an affordable and welcoming place for people of all income levels.

To make your voice heard about the issue of affordable housing in New York City and across the state of New York, contact your local representative or housing authority.