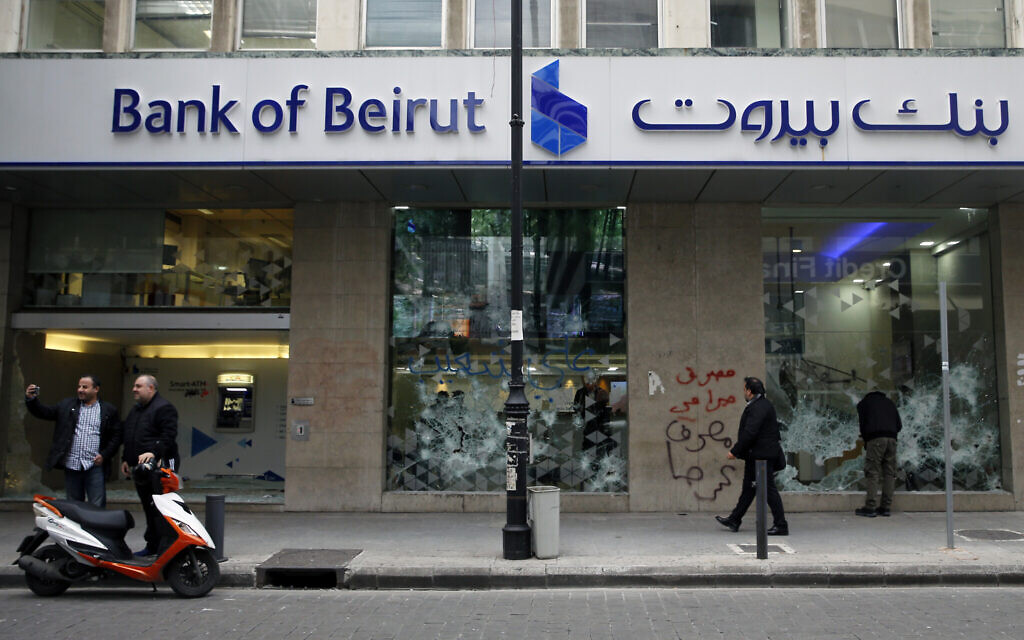 The state is facing a deepening liquidity crisis after leaders there borrowed $65 billion dollars and have defaulted on repayment. Tensions are mounting as the Lebanese pound has plummeted to an all-time low of near 40,000 LBP to the U.S. dollar. Now desperate depositors have resorted to holding up banks, demanding to withdraw their cash.

In addition to its plummeting currency, PBS reports that the Lebanese population is battling hunger, poverty, joblessness, and instability in the electric infrastructure. PBS also states that the Lebanese people are surviving on about one hour of government-provided electricity a week and the rest of the time must rely on generators, a costly option few can afford.

Kheireddine believes that holding the state responsible is an essential part of Lebanon’s cautionary tale — and redemption. He explains that the state borrowed money from depositors and went on a spending binge on projects and salaries over the course of three decades. He adds that the government sat idle when it came to launching a strategy to navigate the crisis that began to unravel in 2019.

As for those citizens storming banks and demanding their deposits back, Marwan Kheireddine warns that such an approach does not constitute a solution either. “It’s not heroic for someone to go to the bank and cause a problem there,” he admonishes. “We must focus on the problem, which is repaying the debt within the stipulations of the constitution.”

He says he feels that the Association of Banks should be making a bigger effort to preserve depositors’ rights and protect their funds, because so much trust has been broken with the Lebanese people.

The former American University of Beirut professor, who has mentored many Lebanese financial sector up-and-comers, further explains how the Lebanese constitution forbids writing off deposits. He suggests that politicians propose a plan for the state to pay back what it owes.

“The state borrowed about $65 billion in Lebanese pounds, and it is trying to say that these $65 billion will be returned at the market price, which is about $3 billion only. In my opinion, we should focus on preventing the state from taking such a step, which will surely lead to a huge loss for depositors,” said Kheireddine.

The forward-thinking banker also says politicians should shy away from populism, which attempts to separate common people from elitists, and focus their energies back on the real root of Lebanon’s problems. “When the [International Monetary Fund] talks about writing off $60 billion or $70 billion, it is in fact writing off people’s deposits,” he says of the IMF’s approval to close a financial gap in the Banque du Liban.

He suggests that banks and depositors hold a dialogue, because they are mutually dependent. “We are all in this together, so efforts must be combined to ensure the state returns money to their owners,” Kheireddine concludes.