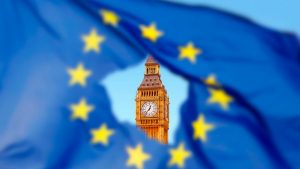 UK’s claim that the EU is sort of backward and expensive may be a selfish claim but every decision comes with merits and demerits. The UK may see itself benefiting from leaving the EU but it is also likely to deal with a few problems of its own. Foreign investment caters for a big portion of the UK commercial property, and insurers are obliged to realize what they stand to gain and lose once the UK is no longer part of the EU.

Investment in property has always been very attractive to investors; it is the ideal investment because property has a tendency of appreciating. Foreign property investors have previously targeted the UK because the market there was appealing and the pound sterling has invariably been an attractive currency to most. The anticipated disconnection of the UK from the EU is likely to affect the UK currency as well as property values.

For starters, as the Brexit negotiations proceed, the pound sterling has been losing value as investors shy away from the UK. The thing with the biggest impact, however, may not necessarily be Brexit itself but Theresa May’s introduction of the increment in stamp duty on foreign investors. Some allege that her move is intended to enable her to gain public support in the wake of the largely unsuccessful Brexit negotiations. Regardless, this move will mean that foreign investors will have to pay an additional 1% on the stamp duty they are used to paying. Foreign investors may like investing in the UK but that does not mean that they like to spend more than they should or prefer to.

Thirlmere Deacon suggests that the UK’s choice to separate itself from the EU and the economic instability that has followed has actually seen an increase in the amount of interest from abroad. The Pound is currently weak and is inviting investors to buy assets here in the UK effectively at discount. The additional 1% stamp duty is of little deterrent to savvy foreign investors seeking a deal and with the Pound bound to correct itself soon as it invariably does, it is proving a great time to buy British property. Where there is a slowdown is on prime and super prime property in London. Opportunities to earn strong growth and rental income are found outside the capital city with some of the major northern and midland cities seeing over 6% growth. These smaller regional towns and cities are where foreign investors are seeing the best return on their money and therefore as London is going through a price correction, the rest of the UK is benefitting.

As it is customary in business, the market flourishes when it is free from any constraints, and international investment is not any different. As indicated earlier, property investment is very attractive to anyone who has the resources to acquire it. Most investors target places they will yield the highest returns, even if those places are a continent away. Provided they have a means of accessing their returns, the investment is always worth it. According to Global Data, UK’s decision to ditch the EU creates a situation in the market that is quite challenging, especially considering that progress can only take place in the event it makes opportunities by itself. The likelihood of this ever taking place without foreign investors is questionable. Regardless, commercial property insurers are now in a predicament and have to get ready for the possibly detrimental effects of the UK leaving the EU.

Considering Prime Minister Cameron’s resignation subsequent to the UK’s vote to leave the EU, it is obvious that not everyone agrees with UK’s decision. The future is uncertain and the prime minister seemed to want to disassociate himself with any negative moves that may affect the great UK. Maybe he foresaw the impact the decision would have on the UK in terms of foreign investment as well as international relations. The thing is that investors are like a river and they don’t like resistance, rather they prefer going with the flow.

Two main obstacles could possibly deter foreign investors interested in the UK property market and they are Brexit and Theresa’s Stamp Duty increase. UK’s future is rather uncertain since some foreign investors are starting to take measures to ensure they don’t lose in case of anything. If foreign investors feel something is not right with the wind, that means they anticipate something not so good. This makes you wonder where the UK is headed and whether leaving the EU is a good decision. It was an unexpected move on their part but this is the part where we say, “Only time will tell”.