According to a report in a leading newspaper, jobseekers will have a reason to rejoice as the year 2015 will see generation of new jobs. This is not the only reason to celebrate as the same report states that salaries of professionals will increase by as much as 20%. This increment will be due to the boom in commerce, retailing and manufacturing. 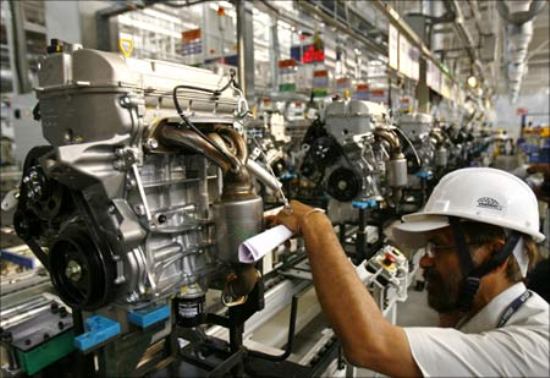 Placement companies that work in the industry have good news for job seekers. Around 6 lac new flexi-staffing jobs will be generated in India this year, which is incidentally, the highest in this year. The salaries will also increase by 20%, and that's what is keeping the mood of the job hunters upbeat. The reason behind this upward trend is the sudden boom in eCommerce. India has become a playground for the eCommerce majors of the world. There have been multiple instances where these companies have raised money in order to expand their business in the country. Even as Flipkart decided to raise $1 billion through its investors, Amazon announced investment of $2 billion as a part of their expansion drive. This competition is healthy and a good thing for customers of India.

E-commerce; the generator of new jobs

In response to the changing spending behavior of Indians, eCommerce companies are stepping up their game and this is directly benefiting job seekers. However, flexi staffing is a new concept and it's still catching up. Also known as contract hiring, this trend is growing over the last few years with the rise of online retailing, especially during the festival season when demand is at all-time high. In addition to the e-commerce companies, offline retailers are also introducing the concept of in-store promotion so as to remain in competition.

So what should you do get the maximum out of this job bonanza?

To be a successful professional, and get one of the jobs of your choice, the first thing you to do are be aware of the jobs and where they are. Being aware is one thing, and applying to them successfully is another. All of the flexi-jobs are not advertised on job portals and therefore you have to be careful. You have to learn to identify online portals in India that have the best jobs for you. Next, you would probably need a good and well written CV that can present your skills and abilities to the recruiter.

Rituparna Chakraborty, the senior vice-president and co-founder of Team-Lease services says about the job scene in India, "With a million youth added to the workforce every month and with barely 2% having any formal skills, staffing is the most effective type of employment, which bends the curve in favor of our youth and helps them become further employable,”

Team-Lease services is a good reference for gauging the job scenario in India. The human resource outsourcing and staffing company placed 85,000 people in flexi-staffing jobs last year, and 16,000 workers have been placed already in the first quarter this year. Other staffing companies like Randstad and ManpowerGroup have also reported positive numbers. Besides, eCommerce the demand is also coming from retail, IT, FMCG, banking financial services institutions.

Retail in India is actually becoming a hot prospect for job seekers. With the entrance of global retailers like Walmart and the existing retailers like Future Group's Big Bazar are giving their everything to create a healthy competition. Retailing is a huge part of the Indian economy now, contributing 14 to 15 percent of its GDP. According to estimates the retail industry must be around $500 billion and holds the distinction to be one of the five retail markets in the world. With a population of 1.2 billion people, there is no doubt about the potential that India holds for retail industry. Thus, the number of jobs is also increasing proportionally. With Make in India and manufacturing the focus of the new government, the sector is expected to add to demand for temporary workers.

Not only is this year good for the number of jobs that one can apply to, but working professionals can also rejoice as the salaries are likely to see a 15 to 20% increase at all levels. The maximum affect will be experienced at the bottom of the pyramid. This trend is not a sudden phenomenon. Last decade alone saw generation of 5 million temporary new jobs in different sectors.

According to Suchita Dutta, executive director of ISF, “This year, we are looking at a robust growth of 25 to 30% in the demand for temporary workers, triggered by sectors like IT, eCommerce/retail, FMCG, healthcare and BFSI,” said Moorthy K Uppaluri, CEO, Randstad India. ManpowerGroup is targeting placement of over 45,000 temporary workers this year, up from 37,000 in 2014." Manpower Group India and Addecco India also assert the same fact.

Saurabh Tyagi is author at LeraBlog. The author's views are entirely their own and may not reflect the views and opinions of LeraBlog staff.