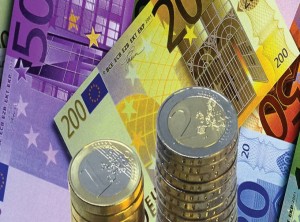 The past few years the economy has slowly been building itself back up across many countries. It's been a tough recession with countries such as Greece and Ireland needing serious help to keep themselves afloat. However, we seem to be turning a corner, and the global economy is slowly working itself into a much better shape. This is reflected in the outlook of households, business-owners and consumers from across the globe, who are increasingly optimistic about their financial futures and long-term prospects.

And it could get even better. Governments are introducing a number of new laws and regulations in order to try and bolster their coffers. But there's plenty more that can be done too, with a number of new and innovative ways being considered in the pursuit of greater wealth and sustainable financial gains. Some of these methods are slightly controversial, however, especially those that impact heavily on specific social demographics or draw income from industries that are deemed as being far from reputable.

With this in mind, let's consider 4 unique ways in which a country can look to stimulate its economy. These include: –

Making the most of what you have and getting it to appeal to others is a simple way to bolster economies. We've all seen the adverts on television advertising Turkey or William Shatner telling us how relaxed California is, and it's a good source of income. The country of New Zealand also provides a relevant example, and since 2001 and the release of Lord of the Rings it has seen a 50% increase in arrivals into the country contributing millions to their economy. This is an important lesson to bear in mind, especially for nations' that have minimal resources to begin with.

Another controversial method of generating income, this has already been employed in the UK in certain boroughs and districts. In theory it could be extremely effective for both parties involved, primarily because large chunks of the welfare and unemployment budget could be redeployed elsewhere to serve more sparse areas of the economy. Utilising job as volunteers for non-profit organisations would also help the individual job-seekers involved, as it would afford them key skills and ultimately enable them find permanent employment.

We've recently enjoyed one of the greatest and most enjoyable World Cup's in recent history, and hosting such an event can generate a great deal of money while also boosting tourism and global interest. Of course it may have a detrimental effect on some people, and recent hosts Brazil have certainly had their fair share of protestors over the cost of organising the event. Despite this, they expect to see $11 billion in revenue from the event, not to mention the legacy which will keep money coming in right up until the Olympic Games to be held in Rio in 2016. So while the Brazilian people may be struggling to come to terms with the manner of their exit from the tournament, their government can at least bask in significant revenue streams that can be reinvested into the country.

A number of US states have begun rolling this initiative out already, with New Jersey alone making $61.9million since launching in November. Whether this will be picked up by other countries, it's unsure, but it is certainly been considered elsewhere and there is little doubt that the likes of Australia could help its economy grow through regulating such a large and constantly evolving industry. Over 80% of residents in the country enjoy gambling, and it's predicted that the government could generate an extra $201million per year by regulating the industr

Denis S Lawson is author at LeraBlog. The author's views are entirely their own and may not reflect the views and opinions of LeraBlog staff.