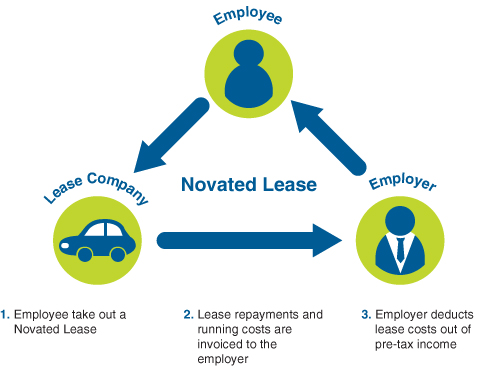 Everyone knows someone who simply has to weigh in on every topic of conversation, regardless of whether or not they actually know anything about what is being discussed. Who knows why they do it. Maybe they think they know everything and want to share their wisdom. Maybe they are maliciously trying to misinform others. Maybe they just don’t know any better and have a lack of social awareness to realize their faux pas. Whatever the reason, these kinds of people spread misinformation and lies, wittingly or unwittingly.

Among the many subjects touched upon by these misinformed sages is the novated lease. Novated lease companies are a complex subject as it is. It doesn’t help matters when you’re trying to learn the truth and people are spreading false information. In order to bring the truth to light and clear away some of these lies, here are the most common misconceptions about novated leases — and the truth behind them.

What is a Novated Lease?

A novated lease is a lease where a business signs for an employee. The employee is responsible for paying the lease, but they do not do so directly. Instead, the money that pays for the lease comes out of the employee’s earnings pre-tax. This means income tax is applied after the payments are deducted, resulting in lower tax payments. This style of lease is most common in Australia and the UK, and is rarely seen in the US and other parts of the world.

Misconception: You Need to Buy a New Car

In fact, you don’t need a new car at all. Used vehicles are, in most cases, perfectly acceptable. The caveat is they need to be less than eight years old by the end of the lease. If they would be older than eight years, they do not qualify for a novated lease. As with any rule, there are exceptions — occasionally younger vehicles will be prohibited from leasing in this manner. As with any lease, it is wise to ask the lease provider if a particular vehicle is eligible before attempting to lease it.

Misconception: You Must Drive Constantly

Many people seem to think that, for a novated lease, you will need to drive a significant number of kilometres every year. This is simply not true today. Vehicles that are subject to a novated lease are also subject to the Fringe Benefit Tax. In the past, this tax varied depending on the number of kilometres driven in a year. Today, that is phased out almost completely and the FBT is a fixed rate.

This is one of those misconceptions that spread from no definable source. Novated leases were never subject to an age restriction — at least, no more than any other kind of lease. That is, you need to have a valid drivers licence in order to own and operate a vehicle. As long as your employer will work with a novated lease and you can afford the lease payments, you qualify. You could be 20 years old or 80, it would make no difference.

Actually, you do not need to have a high income in order to qualify for a novated lease. This type of lease has a number of benefits for both the employer and the driver, including lower tax payments due to the lease applying before taxes. In some cases, this saves money and makes a more expensive car more affordable. Of course, the level of income you earn, the car you’re leasing and the terms of the lease all apply to change the amount you save with the lease.

A novated lease is an important financial decision, much the same way a standard auto loan would be. As such, you can always benefit from performing individual research about these financial decisions. Talk to an expert, talk to your employer and talk to the car dealership. Novated leases are a common practice these days, but they are obscure enough that it’s hard to get clear information online. Just make sure you’re doing your own research and that you ignore those misinformed wise guys who try to tell you otherwise.