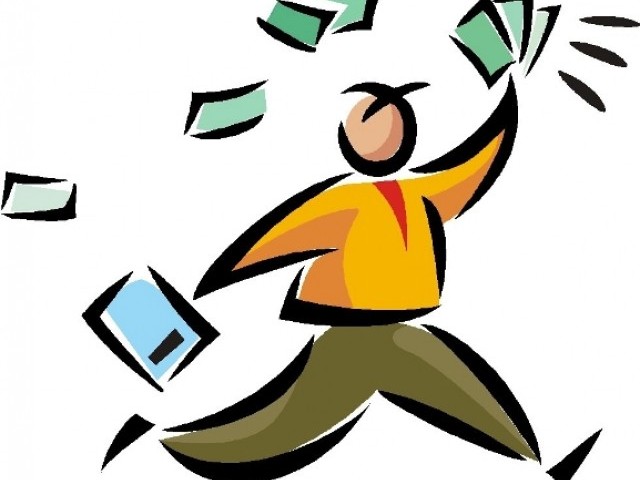 Tax evasion is a pretty serious criminal offense. And to show just how serious it is, you’ve got the professional celebrity evaders to prove it. These guys are the big boys, and they don’t play around when it comes to stashing million and millions of dollars away, ignoring tax services. So just as a forewarning, take some of these alarming — sometimes entertaining — stories into account.

Everybody remembers Al Capone. He was the famous mobster who has a myriad of criminal acts to his name — including murder and prostitution. Surprise, surprise, the crime that got him locked up is tax evasion. The interesting thing about this case is that Capone was making money illegally (as gangsters normally do) and nowadays, even unlawfully made money is liable for taxes. So, in order not to reveal all the criminal ways he’d earned his money, so that he could pay taxes legitimately — he chose not to pay them, hence committing tax evasion. For this, he was sentenced to 11 years.

Wesley Snipes has been accused of a lot during his time in the limelight. After hiding a bus-load of income in foreign accounts, and failing to file federal income tax returns for longer than one cares to count, his tax debt is said to be somewhere near $12 million — more than most people make in an entire lifetime of hard work. In addition to this, he was arrested on misdemeanor charges, which led to a 3 year sentence — he is currently out on bail.

Judy Garland — as most probably remember — is the little girl in The Wizard of Oz. Now, it comes as no surprise that little Dorothy fits into this category. Throughout her career, she struggled almost to no end — personally and financially. But when she failed to pay her taxes, she was found out by the IRS, and ended up paying thousands and thousands of dollars in back tax — and at the time, it felt like the timing couldn’t possibly be worse for poor Judy.

Martha Stewart — the famous home and garden mastermind got into trouble for tax evading, and was charged over $220,000 in back taxes. So it looks as though Stewart’s advice shouldn’t be followed after all… All the money went to the State of New York, when she failed to cover the tax which was racked up by her East Hampton mansion. It didn’t get any better when she half-heartedly defended the claim by arguing that she didn’t spend much time there.

Well, Anderson isn’t exactly a celebrity — in the traditional sense of the word anyway — but the American telecommunications executive has become famous for being involved in one of the biggest tax evasion cases ever recorded. Due to foreign accounts in almost every place imaginable, Anderson was able to hide away over $365 million worth of income tax. In addition to being charged $400 million in back tax, he was also sentenced to nine years behind bars.

An article written by Sam Moser, a freelance web content writer who graduated from the School of Journalism at Ryerson University in Toronto, Canada. Sam was inspired on the topic of tax evasion after he visited the Hogg, Shain and Sheck website.