According to a recent study, over 80% of millennials cited this as their primary life goal… 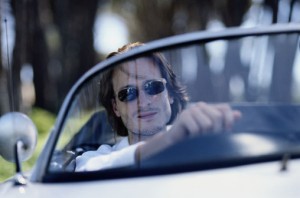 Many of us subscribe to the world view that each successive generation is becoming more materialistic, more money conscious and is having to run ever faster on the ‘capitalist hamster wheel’ just to avoid a dreaded state of financial stagnation or decline – a life of debt in the face of rising prices.

But still, over 80% of millennials care about ‘getting rich’ above all else?!

Following 75 years of data collection, the current director of a Harvard study on adult development, psychiatrist Robert Waldinger, is asking some pressing questions.

“How much do we think about money?”

“Should money be our primary life goal?”

And crucially the age-old question…

If we consider that happiness, the Holy Grail, the object of human desire for as far back as we care to think, is really just a product of our calculable net worth, it would seem a rather sad state of affairs.

Could all the ethereal qualities of a multitude of positive emotions which make up happiness really be based on such a simple, rather mundane, influencing factor as money?

Or do we instead venture that the drive factor for millions of young people (apparently money) is entirely unconnected with what matters in their lives. Do the millennials constitute a deluded generation – collectively humanity’s ticking time bomb of misery?

Science seems to indicate that the answer to whether money is or isn’t the root of happiness, as with many profound and complex questions, actually lies somewhere in the middle.

So if we were to suppose that money does not form the elixir for eternal happiness, nor is it irrelevant, what really matters? 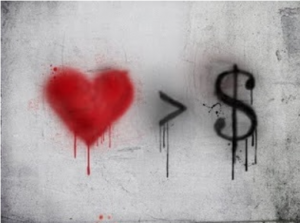 The 75 year Harvard study tracked 724 men in order to tackle this question.

This group was put under the study’s spotlight for their entire lives. Every two years, the respondents were asked about various aspects that might influence happiness, for instance health, relationships and careers.

Several became destitute old men with poor health and little family, one became the president of the United States.

This unique study has continued for so long that only 60 participants remain – all in their 90s. In the face of an obvious limitation presented by the dwindling numbers of participants, the study has begun to look at the lives of children, grandchildren and great-grandchildren.

What has been gained from so much data over so many years?

Happiness did not result primarily from wealth, extraordinary achievement or fame.

It revolved around good relationships keeping us “happier and healthier”. 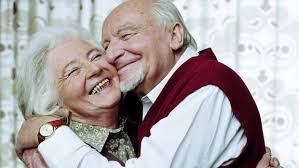 So there you have it, focus on what’s important.

There is one last thing we would do well not to forget.

Focussing on what really matter requires having a few other pieces of the jigsaw in place.

Although we shouldn’t live our lives by it, as our millennials are at risk of doing, no one could argue that money is not an important enabler.

Ultimately, in order to keep our mind off it, careful planning is imperative.

A little time spent now could go a long way in freeing up your mind and helping you to forge stronger, happier relationships without your finances getting in the way.