Money creates stress. It doesn't matter whether you are poor or rich â€” money will make you worry. If you want to live a more stress-free life, take a look at these four truths about the money and stress connection to understand how to overcome. You don’t have to constantly worry about money. 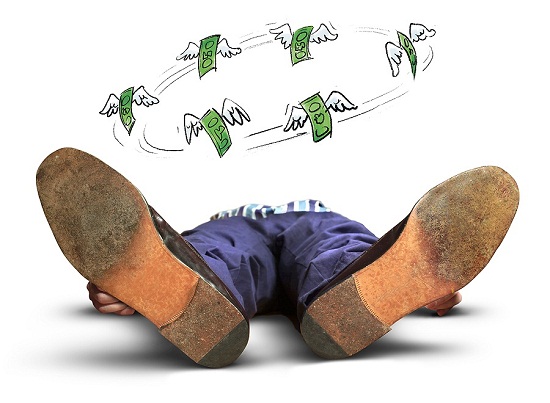 Truth 1: Money Does Not Equal Security

According to the American Psychological Association, 71% of Americans blame money as the biggest cause of stress in their lives. They think that money equals security, so they are not happy when they do not have money. However, what many people don't realize is that people who have sufficient money also have stress because of money. For instance, wealthy people often have larger amounts of money invested in stocks, and this causes stress that they could lose that money. Wealthy people also worry about being sued, losing their jobs, or incurring large medical bills. So, money does not equal security. It doesn’t protect you from loss or make you worry less. People with money still worry; they just worry about different things than poor people. Money creates stress for everyone.

Truth 2: You Need Less Money than You Think

According to the Wall Street Journal, one in four Americans has no emergency savings. They are always worried about having enough money to pay for food and other necessities. This creates a great deal of stress. The real problem is that people want more than they can afford, which causes them to go into debt and perpetuate the paycheck-to-paycheck lifestyle. People would experience less financial stress if they moved to more affordable homes and worked on reducing debt and creating emergency savings.

Truth 3: Money Is Not a Good Measure of Success

"Success" means different things to different people. Many people use money as a measure of success, but it is never accurate. You don't have to own three cars, a huge house, and other big-ticket items to feel successful. Some people sacrifice time with family in the pursuit of riches. Then, middle-age comes and they realize that all of their hard work has made them miss out on fulfilling moments. On top of that, people who have more money tend to spend more money. This creates stress because it makes them think that they will never have enough money and never be successful.

Truth 4: Money Is Only a Tool

CNN reports that 76% of Americans live paycheck to paycheck. Hundreds of years ago, before money was a common part of culture, people would exchange services and goods for the things that they needed. Money was simply invented as a tool to expedite trade. Now, people can do business with people around the world through an international money transfer, which was never available to people in the past. Money has changed so much throughout history, but the biggest thing it has done is create stress. Realize that money is only a tool. It is not a good measure of happiness.

Start changing the way that you think about money. It causes more stress than it needs to. If you're always worried about having enough money to pay for the things you need, change the way that you live so that you live within your means. If you're sacrificing your emotional health for money, realign the things that are most important in your life. Money and stress are connected, and understanding this will help you live a happier, more fulfilling life.