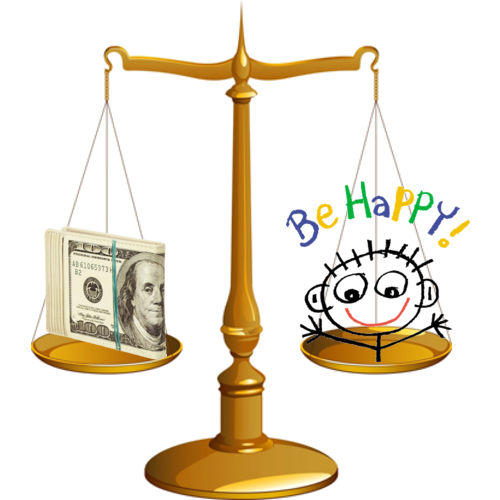 As a kid, I grew up in a traditional house. My parents were devout Christians, so I got the usual Christian upbringing together with my siblings. Life back then was fun, since I was still just a kid and did not have to worry about not having food, clothing and our basic needs. Ignorance is bliss, what can I say. However, as I got older, I slowly realized that life is actually boring and filled with problems. Whenever I asked my Mom and Dad as to why a couple of street children are running happily along the road, despite looking ragged and dirty, they’d smile and tell me that they’re still happy because they’re together.

My Dad would say “Son, money can’t buy happiness.” along with a smile.

So there goes my early adulthood. After years of studying for college and graduating, I finally landed a job and started earning money. When the bad times came and whenever I get stuck inside my apartment with just a few dollars in hand, I’d remember what my Dad and his friends would always tell me.

I say that it’s one big lie. Money CAN buy happiness. Without money, you won’t be able to survive in this urban jungle. Those street children that I saw during my early teenage years, they must be cringing in the dark, sobbing because of hunger and poverty. Money is everything in this world run by power and wealth. I realized this after watching a certain video by Michael Norton “How to Buy Happiness.” In the video, he explains why some people claim that money can’t buy happiness. He showed an article from a prestigious news company about a research as to what happens when people win the lottery.

It really doesn’t matter if you got your money from a loan; what matters is how you spend it.

The fact is, people ruin their lives because of not spending their money wisely, amongst other things. So if we base on the research, Norton says that when people win the lottery, it’s either they waste all their money for pleasure or their relatives and friends hound them for money. Plain and simple. He emphasizes that people who use their money to share their blessings with the less fortunate are happier compared to people who only spend money on themselves. I found this to be true because a few weeks ago, I gave money to a charity group that my girlfriends works in and I even gave gifts to the less fortunate. It did feel good to impart some of your hard earned money to those who are gravely in need.

The same also holds true for people who build their own businesses. People who built businesses and, at the same time, help needy people in the process, are happier compared to those who are only striving to make more money for themselves.

Be pro-social. Not anti-social. Go out and buy happiness with your own money.

Jessica Greenberg is an avid blogger from San Diego, California. When she is not busy with work, she’s usually writing her everyday experiences in Wordbaristas.com, a blog that she keeps with her friends.

Jess_Greenberg is author at LeraBlog. The author's views are entirely their own and may not reflect the views and opinions of LeraBlog staff.