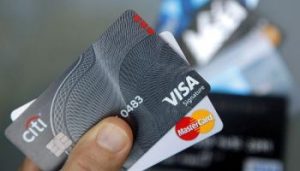 People are quite good at making money but most people have a problem making that money stick with them. Like most, one moment it’s there and then suddenly, it’s gone. The saddest thing is that most people can’t even explain where it went. I mean, how can an accountant not even know where his or her good salary went? People are making good money, but their lifestyle just doesn’t reflect their status. The strategies for saving money and making it stick with you have been around for decades, even centuries. I don’t think I’ll be sharing something new but still, I think people should remember these fundamental bright ideas for saving money.

One of the most life-changing books I’ve ever read was The Automatic Millionaire by David Bach. It is a short book, around 200 pages. He discusses very simple common sense ideas for saving money. The main idea from the book is determining a system that will enable you to save money without much input from your side. For example, he encourages getting your bank to automatically transfer a certain portion of your saving to a different account that you won’t be tampering with for a while or a determined period. This approach enables you to save money without thinking much about it and getting used to working with only a certain percentage of your money. It is a simple process but very effective. You can start small, even save 1% of your earnings every month. Let that amount be transferred to a different account; for instance, from a checking account to a saving account. If that 1% is $10, it means you’ll have around $120 in 12 months, without even thinking about it. If you are disciplined, you won’t even notice it. My intention is not to promote the book, but the information it contains is invaluable that I must recommend you read it if you can.

This method is also based on one of Rockefeller’s rules that you should always pay yourself first. The idea is to save first and then spend what remains instead of spending and then saving what remains. The former is better and will yield more fulfilling results than the latter. That’s what the wealthy people do. This is what working smart is all about.

Another one of Rockefeller’s rules is to be accountable for every dollar you spend. You have to know where your money is going. Wealthy people are very money conscious and that’s why those who are not on the same plane fail to understand them. Well, that’s the difference between the wealthy and the not so wealthy. Wealthy people are keen on receipts, coupons, and discounts. The reason they are like this is that they follow Rockefeller’s concept of being accountable for your money. Receipts help you track how you are spending your money without necessarily recording every single expense you make. Coupons and discounts help you spend less money, so look for your best deals whenever you are out shopping for anything. You can’t see the value of coupons and discounts unless you are in charge of how you are spending your money. It is part of being accountable for every penny you spend. Receipts help you track where your money is going and whether it was worth it. If something was a mistake, if it can be returned, return it; if it can’t be returned, then you’ll know to make a better move next time. Coupons and discounts help you spend less so that you can save more. The more you save, the more you’ll eventually have for spending on things that matter. Ultimately, you’ll have peace of mind because being financially free is one of the few things that can indeed give you peace, if other aspects of your life like relationships and health are in check.

These are three simple rules, but if you can digest and understand their significance, they will prove invaluable in contributing to your financial freedom. I’ve touched on the three in this brief article but there is much more. John D. Rockefeller lived over a century ago, but these principles are timeless. Over the decades, people have found different ways of applying them; find out what they are and include them into your arsenal of acquiring wealth.