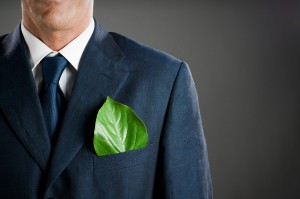 Make greener choices throughout your working day to increase your investment fund by as much as Â£3,000 in 2016.

Did you know that by making simple changes to your day-to-day life, you could potentially increase the sum of money you have available to invest by as much as Â£3,000 next year?

On October 5th 2015, UK government introduced its 5p levy on plastic carrier bags throughout the country, meaning shoppers face an extra charge on top of any purchases they make unless they are environmentally savvy and pack their own reusable bags.

Research from 4imprint-which sells printed promotional items including bags for life, as well as t-shirts, stylus pens and power banks, to name just a few-shows exactly how much the average employee can save over a 12-month period by making greener choices throughout their working day.

Estimates indicate that Brits are given 130 bags a year each, or eight billion throughout the country in total.

At 5p a time, the expense of plastic bags can soon add up, so invest in a reusable bag for life-many supermarkets offer free replacements for these if they are damaged-or fill your pockets with old bags before you go.

You’ll not only be doing the planet a favour, but you’ll also be increasing your own savings fund at the same time.

Swapping your car commute for public transport or car sharing with a colleague could see you cut your daily spend on transport from Â£15 to just Â£9.40. That’s a lot of money over the course of a week, let alone a year and with the right investment expertise, it could soon multiply into an even bigger sum.

What’s more, you’ll be helping to reduce the UK’s carbon footprint, as road pollution currently accounts for 22 per cent of the country’s carbon dioxide emissions, which pose harm to people and wildlife, as well as the environment.

Are you aware that your takeaway coffee cup could also be causing avoidable harm to the environment?

Some paper cups are recyclable, but many end up in landfill sites, meaning their effect on the environment can be almost as severe as if they were plastic. Around 2.5 billion are thrown away in the UK alone every year, which is enough to reach around the world 5.5 times.

Invest in a reusable mug and make your own coffee in the mornings to save you money, as well as save the environment.

You can also save yourself a lot of money by making your own lunch each day.

Taking a packed lunch to work is not only cheaper, it’s healthier, better for the environment because you won’t be using as much packaging and it can be a lot more satisfying-not just for these reasons, but also because you can have exactly what you want on your sandwiches, while saving yourself an average of Â£1.85 per day.

The average gym-goer spends Â£1 each day on sports drinks after their workout, but by buying a reusable BPA-free plastic bottle and filling it with tap water, this can save them Â£5 each week and around Â£20 each month.

By making each of these small changes to your daily routine, you can save yourself Â£11.90 a day, which comes in at almost Â£59.50 in a week and around Â£3,000 per year. Invest it wisely and protect the planet at the same time.

Reuse, recycle and save!