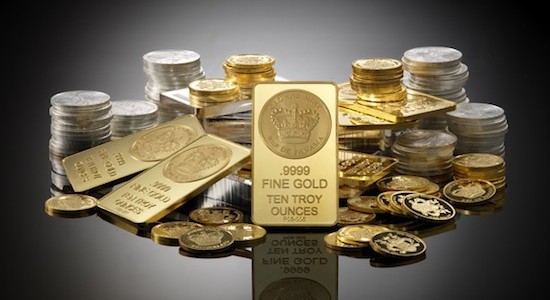 It has barely been a month and already 2016 is making analysts scramble. The public fears another recession, partly because of significant falls in the stock market over the past few weeks, and partly because the fear from 2013’s recession is still fresh in their minds. Yet the OECD does not share this sentiment; they believe that this year will see an overall growth of 3.3%. In addition, with the next US election scheduled for November, government activity and stimulus will surge in an effort to win votes. It is almost certain that there will be growth, and with growth inevitably comes inflation.

It is tough to say which course of action is better-to ride the wave and try to hop off before it crashes down, or to trust in more stable investment options. For those who value security, precious metal investment is the best option to hedge against inflation.

The reason is simple: precious metal investment is extremely stable in times of inflation. Referred to as inflation hedges, gold and silver either keep or increase their value during inflationary periods. It is true that their growth will not match peak levels experienced by some stocks, but what investors gain in security far outweighs this concern. High gains mean high volatility, and an equal degree of loss waits around the corner. With precious metals acquired from business management consultants such as those at Guildhall Wealth Management, however, you own the physical bullion, and nothing can change that.

Aside from stability of ownership, there is also stability of value. Most governments today run on fiat money, that is, printed money. As everyone knows, governments have printed excessively over the past decade and a half for a variety of reasons and because inflation is a well-documented result of a surge in money printing, many investors are turning to gold and silver. It is not unwise to be skeptical of currencies and the value of money in such precarious financial times, and a wealth management company is the perfect place to turn, as they can help you acquire, manage, and even store your gold and silver bullion.

According to the experts at Guildhall Wealth, recent geo-political instability in Syria, Iran, and North Korea has spooked a great number of countries who fear for their own financial stability. These countries turn to gold to hedge against the volatility, and that means that the price of gold will continue to rise as long as the conflicts in these regions continue to sow doubt into the economy. Increasingly, central banks are changing their policy to acquire as much gold and silver as they can to back up their currencies, should a major incident result in the need for more printed money to fund campaigns, or, in the worst case, should their countries be the victim of an incident, causing their currency to lose value.

Purchasing precious metals from a wealth management company like Guildhall Wealth represents a bastion of defense against inflation. Investment in precious metals and fancy diamonds is stable and has been proven to minimize losses in times when value can change in the blink of an eye.