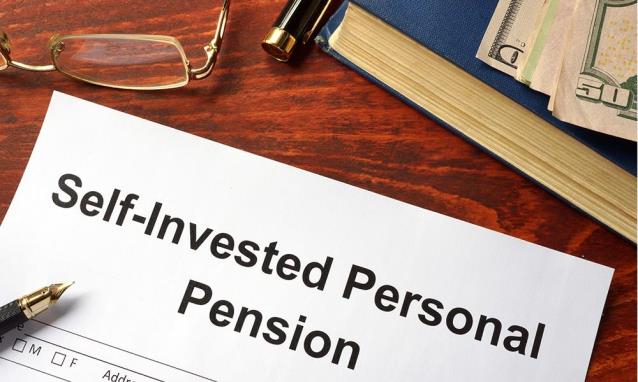 The collapse of construction firm Carillion has sent shock waves through the UK economy, as it became the latest company to fail due to its large pension deficit.

Incredibly, the nation’s second-largest construction company buckled under the weight of a significant, £1.5 billion debt pile, after a prolonged period of negotiation between Carillion, its lenders and the government failed to result in a viable deal. Although it’s hoped that the vast majority of the firm’s 20,000 workforce will have their pension rights preserved thanks to the Pension Protection Fund (PPF), this represents a seminal development that highlights a rising issue in the current climate.

There are already concerns that other, high profile companies could follow suit, for example, with a growing pension deficit continuing to place a significant burden on the UK economy. As the example of Carillion shows, this could have a debilitating impact on job creation and the labour market in Britain, as well as potentially denying staff members their pension payouts in instances where companies no longer have the assets to cover such costs.

As an initial response to the crisis, Prime Minister Theresa May has also confirmed that there will be tough new rules for executives to try to boost profits at the expense of workers pensions. This is a direct bid to minimise the overall pensions deficit in the UK and compel employers to ensure that workers’ pension rights are safeguarded at all times.

While the government is taking steps to safeguard existing workplace pensions, however, it’s also crucial that individuals take control of their pension plans and proactively strive to secure their own fiscal futures. Investing in a self-invested personal pension plan (SIPP) is an excellent way to achieve this, as this affords you far greater control while offering access to a host of additional advantages.

Starting with the Basics – How Exactly do SIPPs Work?

In simple terms, a SIPP is a pension ‘wrapper’ that includes a diverse array of investments that will provide an income in your retirement. While it has many similarities with traditional personal and workplace pension schemes, there are one or two core advantages that should appeal in the current economic climate (aside from the fact that they can exist independently to workplace schemes and initiatives).

Firstly, SIPPs offer access to a wider range of domestic and international asset classes, which in turn enable you to diversify your portfolio and potentially maximise the value of your fund. This type of pension plan therefore delivers far greater freedom to choose and manage your own investments, depending on your existing knowledge base, underlying objectives and overall understanding of the financial marketplace.

This contrasts sharply with more rigid and traditional pension plans, which are extremely restricted in terms of control and the range of assets that you’re able to include within your portfolio.

So, while you can still employ an authorised investment manager to oversee your investment decisions if you wish, SIPPs offer you the opportunity to assume a far greater degree of control of your finances and pension fund over time.

Reduce the Cost of Saving and Consolidating your Funds

There are also practical advantages of perusing the greater freedoms associated with SIPPs, particularly when it comes to reducing the cost of managing and transferring funds between existing accounts.

In the case of service providers like Bestinvest, for example, you can easily consolidate any number of existing pensions into a single SIPP, creating an easy to manage fund that also optimises your chances of boosting long-term gains. This is an important consideration, as you may have a host of private and workplace pension schemes that you no longer contribute to, and consolidating these within a single plan can ensure that you get the most of the capital that you have accrued during your career.

Not only this, but firms of this type will also pay up to £500 towards any exit fees that are associated with transferring your funds, meaning that you can choose a more flexible and generative pension plan while also saving your hard-earned cash. It remains a huge bug-bear among investors that they have to pay fees to move funds from their pension providers, and eliminating these affords you greater freedom to transfer and consolidate the wealth that you have worked hard to build during your lifetime.

As the decline of Carillion shows, private firms are buckling under the weight of growing pension deficits in a strained economic climate. Another key concern raised by the collapse of the construction firm was the quality of record keeping within the business, as this makes it extremely difficult to accurately capture the amount held in pensions.

This is why it’s imperative that people take ownership of their own, private pension funds and financial future, particularly with Brexit likely to cause even greater economic volatility in the near-term. Without this, you may leave yourself at the mercy of workplace pension schemes that may not be sustained over time.