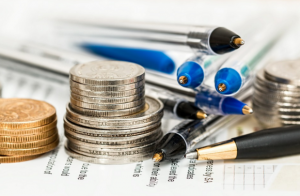 The triple terror attacks that ripped through the heart of the Belgian capital City of Brussels on Tuesday has jarred our consciousness to the harsh reality that we live an age of terrorism. There were twin bomb blasts in an airport and a third blast in a subway, leaving 31 dead and about 270 injured. Terrorists have shown with deadly certainty that they can strike anywhere, and leave scores of dead and wounded in their wake to disrupt normal economic activities.

The economy of Europe painfully slowed down as the weakness in the hospitality and travel sector filtered to other sectors. European markets saw a sharp drop in market activities and major market indexes saw a downturn. Without much ado, we live in a time of turmoil and uncertainties as terrorists become bolder, oil prices refuse to stabilize, geopolitical tensions increase, and the U.K continues to threaten a Brexit.

This piece seeks to provide you with four safe-haven investments that could provide a measure of security and stability to your finances in these uncertain times.

What is a safe haven investment?

1. Gold as a safe haven investment

Gold sits high on the list of safe haven investments because of its long and rich history as a measure of value globally. Why gold? To start with, gold is one of the rarest elements and compounds and mining gold takes considerable investment of time, energy, and resources; hence, its value is secured. Secondly, gold is universal store of currency globally and national barriers do not erode its value - gold is as valuable in America as it is in China.

Another important factor that supports the safe haven status of gold is that central banks all over the world have faith in the value of the bullion as a store of value. The huge gold reserves kept by world governments shows that they trust gold to keep the value of their treasuries than other forms of investment. U.S. equities have had a particularly troublesome 2016 but gold is currently the best-performing commodity with more than 16% YTD gains.

Forex traders and those who have forex investments might want to consider some safe haven currencies. Investing in a safe haven currency is also a smart move for folks who want to keep their assets in liquid form as cash. Cash will always be king and liquidity might be a major source of worry for other asset classes in times of serious market turbulence - those with cash don’t need to worry about liquidity.

The Swiss franc is considered a safe-haven currency because of the relative stability and peace that Switzerland enjoys in the comity of nations. Swiss francs are always in demand in times of gloomy economic outlook because Switzerland has sound fiscal policies, its politicians are honest, and its banks are insulated against the influences of the European banking system. The fact that almost all stakeholders in the global economic scene have private bank accounts in Switzerland ensures that the country will be in peace for a long time to come.

U.S. Treasury Bills or T-Bonds are also a great safe haven investment because they tend to deliver impressive performance in times of economic uncertainty. A simple understanding of the way the modern monetary system works shows that T-Bonds will always be safe investments in the years to come as they have been in the years before. The U.S. provides about 22% of the global output to make Washington the owner of the largest income stream in the global market.

Unless the U.S. economy suffers a complete collapse that turns our country into a dystopian wasteland, the U.S. Treasury bills will continue to enjoy the backing of the biggest economy. One of the greatest advantage of buying treasury bills as a safe-haven investment is that you don’t have to do much work to maintain the investment; rather, Uncle Sam does all the work to keep your investment safe and profitable.

I hate to say this, but in the event of cataclysmal global financial and economic crises, the humble farmland might be the safest and most rewarding safe haven investment. When wars are raging, and the global economy grinds to a halt, survival/putting food in your tummy trumps everything else and people who have assets in farmlands or other self-sustaining agricultural ventures will be smiling to the banks.

Some investors are already flocking into buying up farmlands but you need to be sure that you have covered all your bases before you take the plunge. I think it is a little too early to be investing in farmlands as a safe-haven investment. Investing in farmlands will make more sense when the doomsday clock moves a little bit closer to midnight.